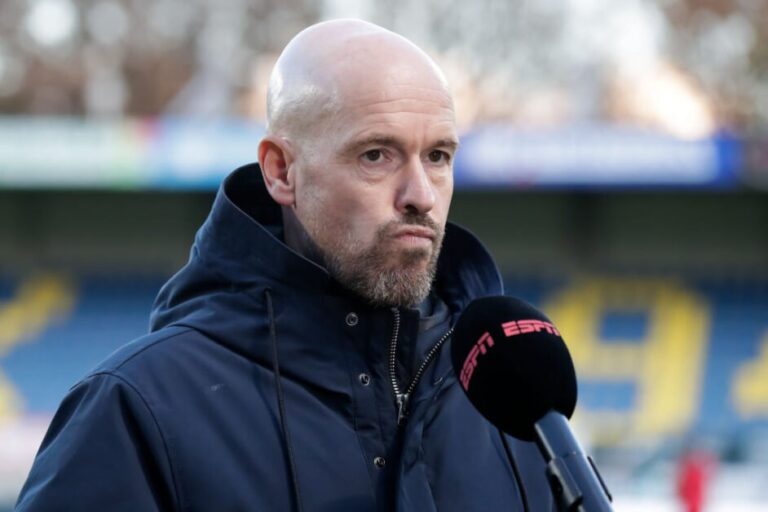 Liverpool are reportedly set to swipe a primary Man United transfer target from under the noses of their struggling rivals.

As a result of Erik ten Hag’s summer arrival as manager, Man United are planning a hectic window. There will be a mass exodus of the current squad, with several players’ contracts expiring. Paul Pogba, Nemanja Matic, Juan Mata, Edinson Cavani, and Jesse Lingard will likely leave Old Trafford this summer.

In addition, the new boss is willing to part ways with five more first-team players.

Read: Erik ten Hag to put five Man United players up for sale ahead of a summer rebuild.

If all of these players leave, United will have their work cut out to fill their squad. Therefore, they have given Ten Hag a nice budget to do this. ESPN report transfer funds in the £100-150 million region for this summer.

The squad desperately needs reinforcements. Therefore the Man United transfer list is packed with talent and big names. Unfortunately, they may already have to strike one midfield target off the list: Aurelien Tchouameni.

The Reds have reportedly made contact with representatives of Monaco’s Aurelien Tchouameni. According to Foot Mercato, the 22-year-old is one of Liverpool’s top priorities for the summer, seeking youth and talent for their midfield.

However, Tchouameni would not come cheap. Foot Mercato say that Monaco want over 50 million euros for the player. In addition, tied to a contract until 2024, the French side does not intend on losing the midfielder cheaply.

Tchouameni will likely fetch a much higher fee. Former club Bordeaux will receive 20% of Monaco’s figure for him, probably adding a premium to his transfer price.

Reports of Liverpool entering talks with one of their key transfer targets will be a gut punch for Man United. Likely to miss out on the Champions League next season, the Red Devils may struggle to lure top talents like Tchouameni to Old Trafford.

Aurelien Tchouameni is an exciting talent

An all-action midfielder, 22-year-old Aurelien Tchouameni is one of the finest young prospects in Europe.

Utilised as either a defensive or box-to-box midfielder, Tchouameni is able to win the ball back aggressively through his strong intercepting and tackling ability.

According to WhoScored, the Frenchman has made more combined tackles and interceptions than any other player in Europe’s top five leagues. He also leads Ligue 1 in interceptions per game with 2.8.

Aside from his ball-winning capabilities, Tchouameni can turn defence into attack with his elite passing. He averages 59 passes per game this season, with an impressive 87% completion rate.

The Monaco man’s performances have earned him individual accolades. Last year, Tchouameni won the Ligue 1 Young Player of the Season, beating Edouardo Camavinga to the award. Adding to this success, his play earned him his first France call-up in September 2021.

He has since made eight appearances in total for Les Bleus, including a start in the Nation’s League final. France won the match 2-1 over Spain, earning Tchouameni his first international trophy.

Should he move away from Monaco, the Frenchman would definitely be a formidable force in any team’s midfield.