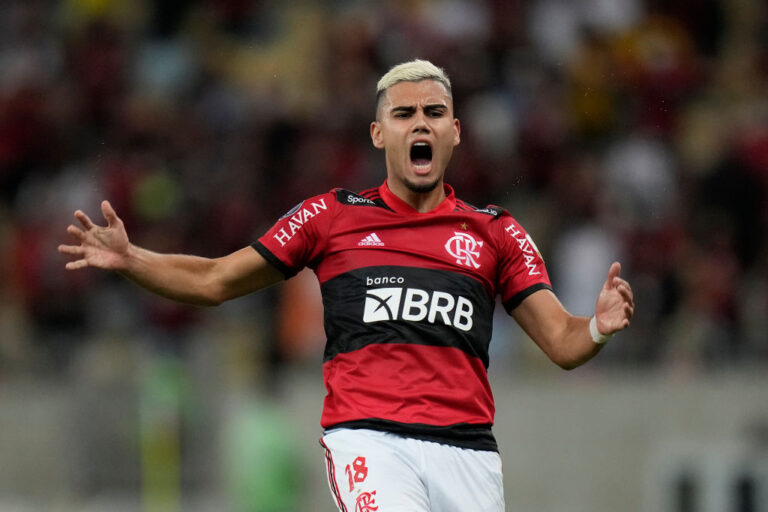 Manchester United loanee Andreas Pereira had a moment to forget as Flamengo suffered a 2-1 defeat to Palmeiras in the Copa Libertadores final.

The costly error came early in the first half of extra time, the game having ended 1-1 in normal time. Pereira hesitated on the ball in a dangerous area. Palmeiras forward Deyverson punished Pereira’s nervousness by latching onto the ball and scoring beyond the desperate dive of Flamengo goalkeeper Diego Alves.

It meant a crushing defeat for Flamengo and Pereira, who, by all accounts, had impressed for the Brazillian outfit during his loan spell. His numbers included five goals and one assist since joining Flamengo and had been popular with fans.

There is a fear that this mistake could tarnish the remainder of Pereira’s loan spell with the club. The Copa Libertadores is akin to the Champions League. An error of that magnitude in extra time will be tough to recover from mentally.

Flamengo’s supports are understandably frustrated, with some even suggesting it is “the biggest individual mistake in the club’s history.”

Flamengo had reached the Libertadores final on two other occasions, winning both. To lose in this manner will be difficult for the supporters and the team to take. Flamengo started the final poorly, conceding in the fifth minute as Raphael Veiga put Palmeiras in control early on.

Flamengo fought back, making their dominant possession count, as they drew level in the 72nd minute. Gabriel gave Flamengo some much-needed hope.

Flamengo’s leveller forced the game into extra time. Pereira’s error came in the fifth minute of the first half of extra time. Only six minutes later, the midfielder was substituted. He cut a devastated figure as he left the pitch.

Eric Bailey, Neymar and Kaka showed their support for Pereira after he apologised to supporters on his Instagram page. The midfielder wrote:

“Nation, I am here with a heavy heart! Today I made a mistake!
There was no lack of will, race… And it will never be lacking! Difficult moments demonstrate the character of our group that in these three months welcomed me into the family @Flemengo with so much affection!”

“I apologise for today’s mistake! I promise I will win you back!”

Manchester United had loaned Periera to Flamengo in the hope he would secure a permanent move away from Old Trafford. However, some fans will doubt that there is a way back for Periera in a Flamengo shirt.

The Brazilian club is presently in second position, 11 points behind leaders Atletico Mineiro. They have a game in hand, which means there’s time for redemption. Yet, only time will tell whether Pereira’s eye-catching displays outweigh his error.