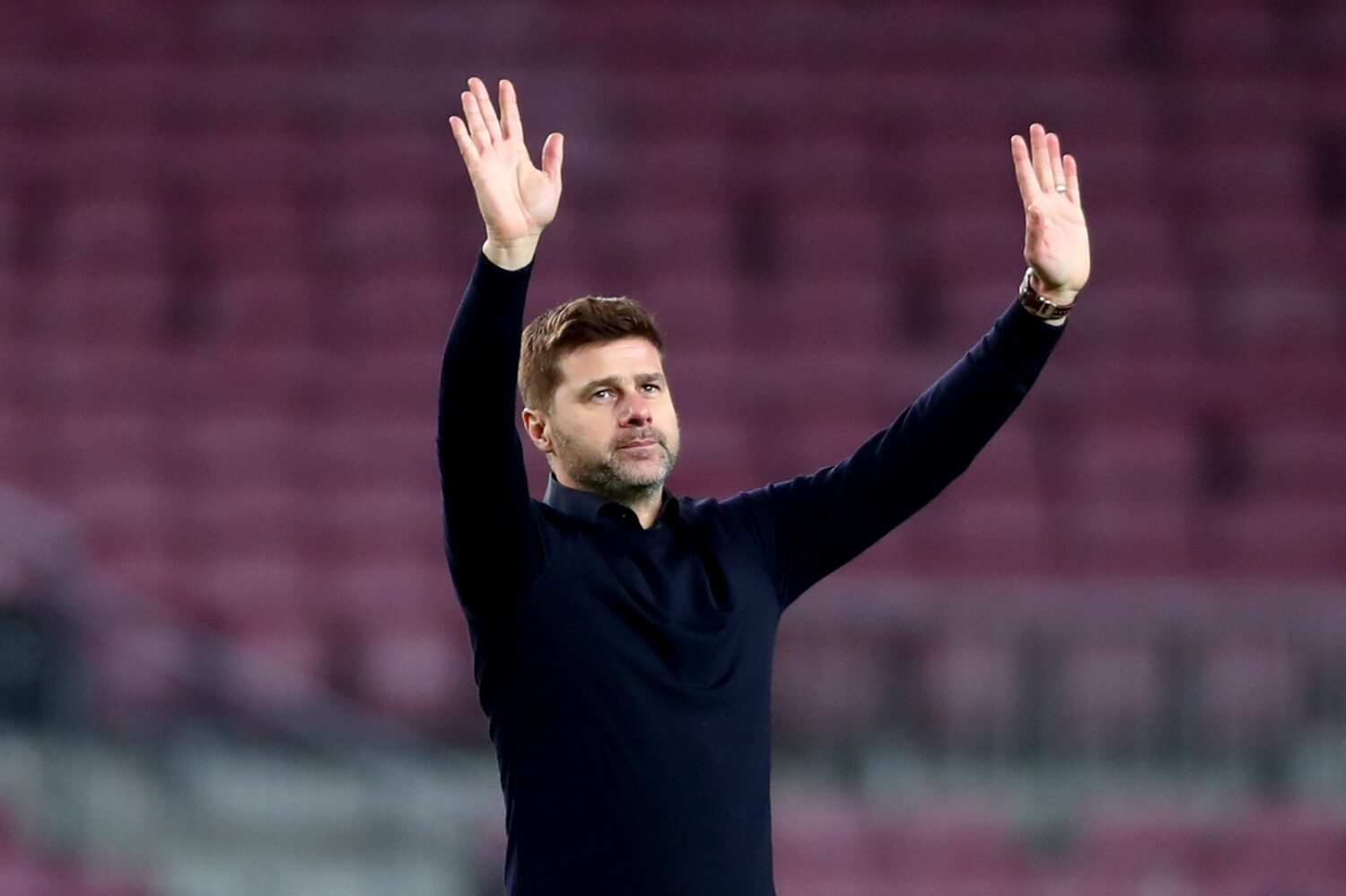 Because of his excellent tenure at Tottenham. Mauricio Pochettino is still heavily linked to some top clubs, despite being out of the game for so long.

So it’s no surprise the now-floppy-haired former manager was asked several questions about his future when he featured on Sky Sports’ Monday Night Football, to help assess the Leicester City and Leeds match.

The Argentine has been without a club since November 2019, when he was sacked by Spurs after a string of poor performances. But most remember how well he did in north London despite having limited funds.

Since departing the club, the 48-year-old has been linked to a number of clubs – with some United fans hopeful that the former Premier League manager would take up the role if the currently under-fire Ole Gunnar Solskjaer departs.

But Pochettino did not give much away when questioned on television, only that it would have to be the right role.

He said on Sky Sports: “I need to wait for the right project. I will not close any door. I always feel ready to be involved in the game. It is my passion not my job.

“My energy is full and I love to be involved in the game. But at the same time I need to understand that it is a good moment to wait. I learned when I was really young that football will dictate your way. I am waiting to feel which is the right project to take.”

Pochettino also said the COVID pandemic has meant that football does not quite feel the same – and so it’s not like he’s been missing out on much.

“I don’t feel like it is one year that I have not been working. Because of the last seven or eight months without the fans in the stadium it does not feel like football.

“We are watching a similar game but there is not the passion or emotion there. It is so strange and a difficult time for everyone.”

The hint that he wants to return would be good enough for most. Several top clubs will have their eyes on the former Espanyol and Southampton boss: Barcelona are in dire straits, with the saga of Lionel Messi wanting to leave this summer not helping the overall feel at the Catalan club, while Ronald Koeman has not provided the goods some would have hoped for, with Barcelona sitting 12th in La Liga – yes, you read that right,

Chelsea have started to find their feet – but question marks remain over Frank Lampard and his managerial capability when sorting out a defence – the side conceded the 11th most goals in the Premier League last season and became the only Premier League side in history to let in 54 goals and still take a Champions League spot.

Another outside chance is Man City. Pep Guardiola is reaching the end of his contract and, after four years, some believe a new sense of direction might be on the cards, to at least galvanise the squad back to their old form.

The decision lies with Pochettino, but there’s no denying most clubs would be happy to take him on board at present, especially with manners like this.