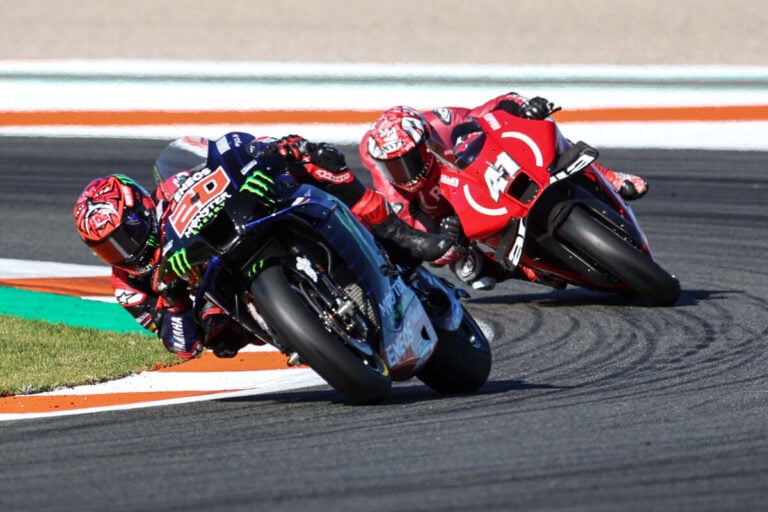 We got an exclusive look at Amazon Prime’s latest docuseries, MotoGP Unlimited, which gives a behind the scenes look into one of the most death-defying sports on the planet.

MotoGP Unlimited gives a never before seen look at the elusive world of MotoGP. 22 of the best riders on the planet fight it out to be named MotoGP World Champion.

The docuseries looks back at the 2021 season, which had plenty of twists and turns. It also proved to be one of the most exciting seasons the sport has ever seen.

After COVID cut the 2020 season short, Unlimited picks up as the world and MotoGP start to return to normality, travelling the world going to the best and most difficult tracks on the planet.

The series covers the return of six-time World Champion Marc Marquez, the rise of Fabio Quartararo and Pecco Bagnaia, as well as the last hurrah of nine-time World Champion Valentino Rossi. In addition, Unlimited gives unprecedented access to the whole grid for the first time.

It is an exciting new time for MotoGP, with so many young and exciting riders entering the sport and fighting it out with some of the veterans. It has been described as one of the most exciting rider line-ups for years. This will lead to explosive and high drama races all year round, perfectly shown by Unlimited.

MotoGP Unlimited is a must-see

Amazon has treated us to eight episodes of never-before-seen footage of the riders around the clock, both on and off the track.

From travelling to Valentino Rossi’s ranch all the way to the paddock, we see what it takes to be at the elite level of racing. The series focuses on the stories which might not have made it to the limelight without this behind the scenes look.

The expert analysis adds another dimension to the drama. It also helps to understand the travelling circus that is MotoGP. Much like F1’s Drive to Survive, Unlimited offers a real guide to those that have never wandered into the MotoGP world – a new and exciting sport for fans to follow.

This new docuseries will invite a new type of fan to MotoGP, just in time for the new season which kicked off last week. Enea Bastianini took the first chequered flag of the season in Qatar.

MotoGP Unlimited is a MUST watch for race fans and complete outsiders alike, as you get a never before seen look into one of the most exciting and dangerous sports on the face of the planet.

The series is launching on 14th March on Amazon Prime.

You can watch the trailer by clicking here.