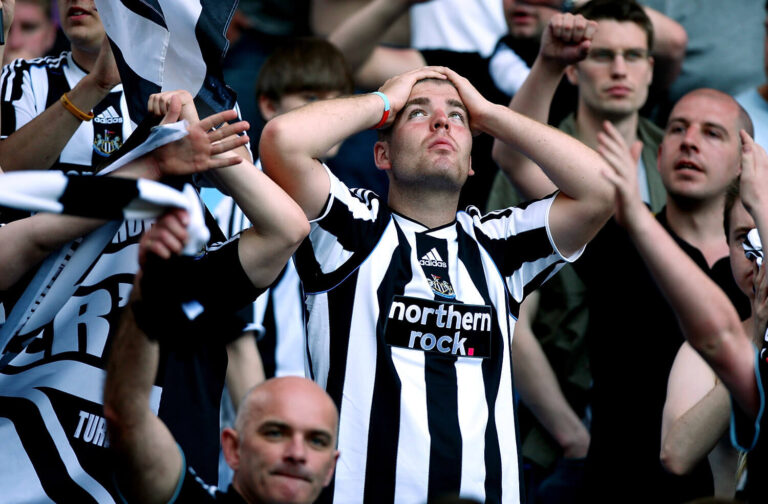 Newcastle United fans are up in arms after the lengthy takeover of their club hit yet another snag.

Since April 2020, a consortium, led by businesswoman Amanda Staveley, has been attempting to take over full control of Newcastle from Mike Ashley.

Their bid was accepted by the retail tycoon last year but the Premier League did not provide the green light in their Directors and Owners test and so the consortium eventually pulled out.

But since then, the Premier League and the potential buyers – along with Ashley – have taken the matter to a tribunal, as to get the deal over the line.

The date for the proceedings was thought to be July but news emerged that the arbitration case will now be delayed a further five months at least, angering supporters.

“The main hearing of the arbitration has regrettably now been adjourned until early 2022 due to issues with the disclosure of evidence.

“The parties will be making no further comment at this time.”

Magpie supporters took to social media to vent their fury over the state of limbo the club is in and how there has been a lack of transparency over the ordeal.

“This evening it was announced that the arbitration case between Newcastle United and the Premier League has been adjourned until early 2022 due to issues with the disclosure of evidence.

“In our view it is unacceptable that Newcastle United has been left in a state of limbo for 15 months by the Premier League’s opacity regarding the Owner and Director’s Test, and what actually happened last Summer. Another delay of at least six months reinforces the need for transparency across all aspects of this situation.

“The Summer transfer window is also critical and the incumbent owner (and management) at Newcastle United must ensure the playing squad is strengthened sufficiently. Relegation to the Championship could be catastrophic.

“Newcastle United and our fans continue to be let down by people in positions of power. We deserve better.”

Four transfers that shocked the world

Four transfers that shocked the world