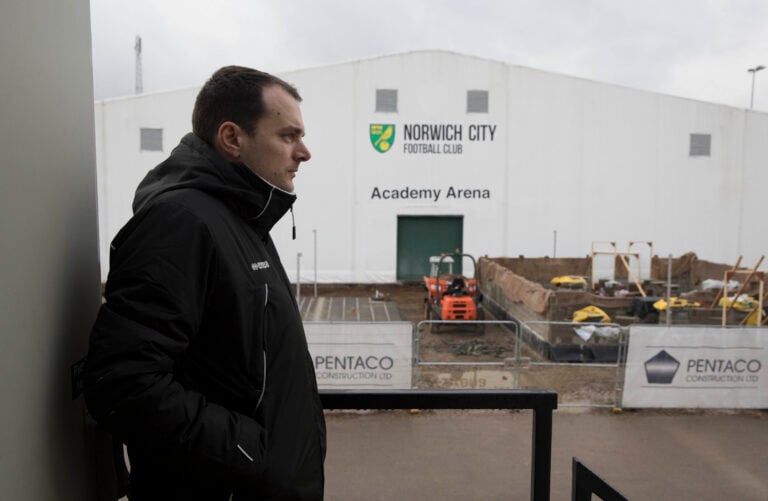 Norwich sporting director Stuart Webber has hit out at the “obsession with money” that surrounds the Premier League and football.

England’s top division has been a breeding ground for steadily rising transfer fees over recent years, with clubs now regularly paying close to nine figures for the best players.

Clubs lower down the division, like Norwich, do not have the same financial power to spend the same heightened fees for single players. The Canaries did, however, bring in 11 senior players this summer – the vast of majority of whom have international experience.

They’ve also recruited a number of young talents either on permanent deals or loans, with Josh Sargent, Christos Tzolis, Billy Gilmour, Ozan Kabak and Brandon Williams all aged 21 or under.

Speaking in an interview with The Times, Webber says that their transfer business means Norwich are in a much better position to compete than last time they were in the Premier League, when the sporting director admits that the aims were different.

He also discussed the “obsession with money” in the top flight, and how clubs need to be run properly in order to avoid the types of problems that the likes of Derby County – currently in administration – are going through.

Webber said: “Two years ago, we didn’t have a go, we made a very conscious decision. We were honest enough to go, ‘No, we’re going to use this money to help build our infrastructure to look much more like a Premier League club’, because at that point, it looked closer to League One than Premier League. And there’s not one regret within that.”

“This summer was very different. We’ve got a squad together full of internationals. The facts are we have been very ambitious compared to our competitors.”

“The one thing that’s wrong at the minute is we’re bottom of the Premier League with two points – and that’s the bit we need to address. I think if we’re sat here in 12th, everyone’s loving our model.”

He went on to add: “Clubs need to be run properly. There’s clubs going bust in the Football League left, right and centre.”

“It really grates at me, this obsession with money, money, money. Only one team can win the Premier League. So are all the other 19 all failures? Bulls**t. Then you hear you’ve got to “go for it”.”

“Football is an infinite game, it’ll be played long after we’re all dead. The one thing that has to happen is you have to leave your club in a better position than where you found it. The alternative is Derby County.”

The Canaries are currently winless thus far in this season’s Premier League, and have recorded just two points from their opening nine matches.

Daniel Farke’s side go into this weekend’s clash against Leeds at Carrow Road off the back of a 7-0 thrashing at the hands of Chelsea – the club’s heaviest defeat since November 2013.