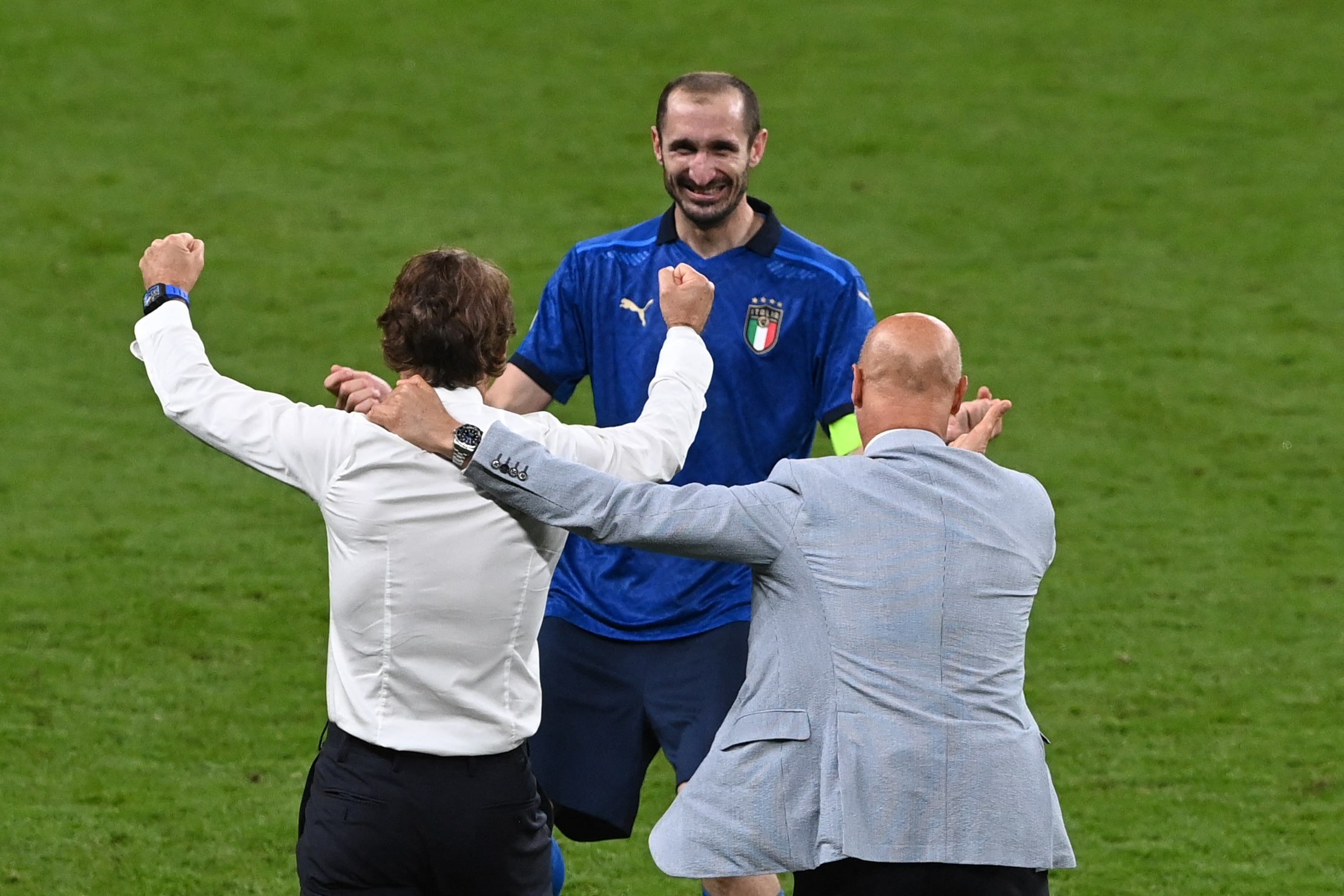 With Euro 2020 having been completed, focus is now turning back to club football and the beginning of the 2021/22 season.

In a season that has been like no other due to the Covid-19 pandemic, plenty of top names saw their contracts expire at the end of June.

However, one of this summer’s standout players is still a free agent – Euro 2020-winning captain Giorgio Chiellini.

The centre-back was one of the star performers of the tournament as Italy lifted the trophy for the second time.

He started six out of the seven games that Italy played, only missing the last 16 clash with Austria due to injury.

The 36-year-old’s club future, however, is uncertain. That is because his contract with Juventus expired in June – and no discussions have taken place over a new one, according to his agent Davide Lippi.

However, Lippi added that Juve had indicated that they would discuss fresh terms later in the summer.

“There’s no problem with Juventus, we said we’d meet up later in the summer, but we haven’t yet sat down to discuss a renewal.”

Chiellini joined Juventus from fellow Italian side Livorno back in 2004 and has since established himself as a legend at the club.

He helped Juve to win a record nine consecutive Serie A titles between 2012 and 2020 and has made over 750 appearances for club and country across his career.

In 2019, at the age of 35, he tore his anterior cruciate ligament but managed to recover and returned to playing within six months.

Lippi added: “Thinking of Chiellini away from the playing field at this moment is madness.

“What he did after tearing his anterior cruciate ligament is incredible. What fuels him is passion and we saw in the Euros that the passion is still strong.

“He was a symbol of Juventus for many years and we are waiting for a club.

“Nobody has called, but I wouldn’t be surprised if they did, as he’s the only free agent in the Italy squad right now.”