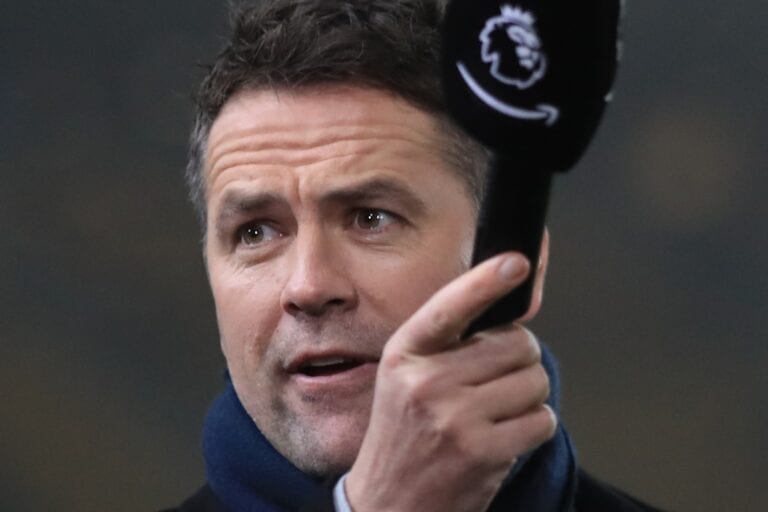 Both men featured last night as the Reds fell to their fifth consecutive defeat at Anfield. They were beaten 1-0 by Chelsea, with Liverpool never really looking like they were going to threaten.

Salah was the most active of the front three but when it came to Mane and Firmino there wasn’t a whole lot to shout about.

Everyone from fans to pundits have had their say on what’s happening on Merseyside. Now, however, through his appearance on Optus Sport, Owen has set the benchmark for “out there” theories.

“There was an occasion in the first half where every single Liverpool fan in the world probably thought ‘penalty!’ – I couldn’t believe he (Mane) didn’t go down,” Owen said.

Owen is referring to an incident whereby Mane was almost taken down by Chelsea’s Antonio Rudiger.

“I’m not advocating he does, [but] normally you see attacking players [go down]. I just wonder whether he is thinking ‘hang on a minute, I’m going to [try and] score, because if I don’t stand on my feet Mo Salah is going to get another penalty’.

“We all know how competitive attacking players are. We all know how selfish, in a way, strikers are. These players have been going for the Golden Boot the last couple of seasons.

“I just wonder, I might be far off the mark, whether if he was dancing around a player thinking he could get a shot off, if he is thinking ‘this is my opportunity to score’. The competitive nature between him and Mo Salah. It might be a wild theory, but we’ve seen them not passing to each other when one is in a perfectly better position”.

Whether you buy into this idea or not, there’s no denying that it’s pretty unique.