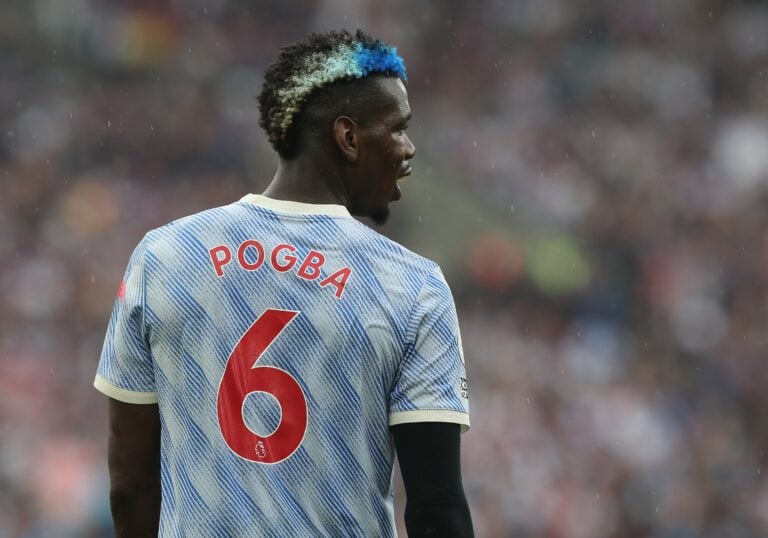 Manchester United midfielder Paul Pogba was seen being led down the tunnel by coach Michael Carrick after his side’s 2-1 win over West Ham at the London Stadium on Sunday.

The game came to a dramatic conclusion, with the Hammers winning a penalty in stoppage time after a Luke Shaw handball.

Captain Mark Noble was substituted on to take the spot kick. However, he saw his effort saved by David de Gea.

That sparked jubiliant scenes amongst United players at the final whistle, with even manager Ole Gunnar Solskjaer joining in the embrace.

As the players began to leave the pitch, however, a small number of West Ham fans appeared to direct abuse at Pogba, who had been substituted off on 72 minutes.

A clip posted on social media shows fans shouting the Frenchman’s name repeatedly. Insults are then thrown in his direction.

Pogba didn’t appear to be too fazed by the insults, smiling and laughing in the fans’ direction before eventually being led away by Carrick.

Pogba and United left London with the three points. The 2-1 victory moves them up to third in the Premier League table.

Said Benrahma had given West Ham the lead on 30 minutes. His deflected effort went beyond de Gea in the United goal.

Lingard’s goal was his second in three Premier League appearances for United this term. Ronaldo, meanwhile, has scored three in two games since his return to the club.

Both sides are next in action on Wednesday evening. They face each other again in the third round of the Carabao Cup at Old Trafford.