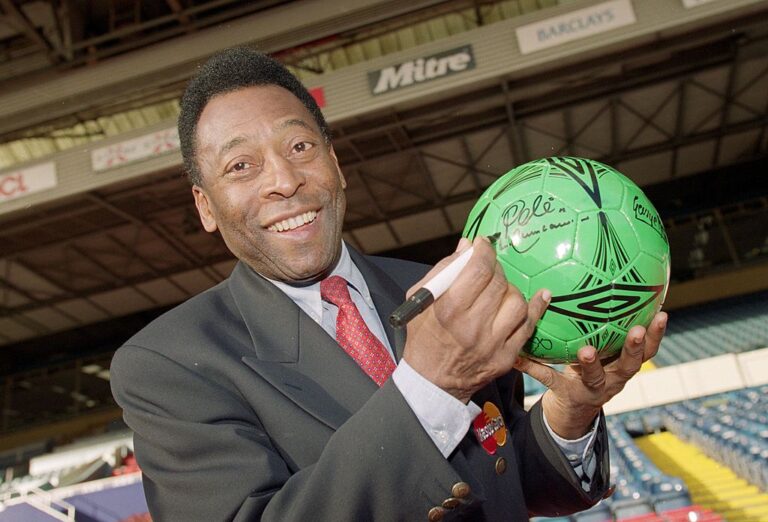 Brazil legend Pele has posted a video to show him recovering well from recent surgery to remove a tumour in his colon.

The 80-year-old was admitted to hospital around the end of August to remove what he described as a “suspicious lesion”.

He left hospital, but was then readmitted to an intensive care unit a few days later.

Pele has since been discharged from intensive care, and told fans in a video message that he was ready for “90 minutes, plus extra time”.

Now, in a new video posted to Pele’s own Instagram account, he can be seen throwing and catching a medical ball with one of the medical staff at the Albert Einstein Hospital in Sao Paulo.

The Brazil legend looks to be in good spirits as he looks towards the camera and punches the air.

During his illustrious playing career, Pele scored a total of 1,279 goals in 1,363 games, including friendlies.

The forward spent the vast majority of his career with Santos, before spending two seasons with New York Cosmos between 1975 and 1977.

On the international stage, Pele became a world superstar at the 1958 FIFA World Cup, standing out as the tournament’s leading player and helping Brazil to win the trophy.

He scored a hat-trick in the semi-final against France, before hitting a brace in the final against Sweden. At 17, he was the youngest player ever to lift the World Cup.

Pele and Brazil won the competition again in 1962. In his last World Cup in 1970, he was named Player of the Tournament as Brazil won their third World Cup with what is perhaps the greatest team of all-time.