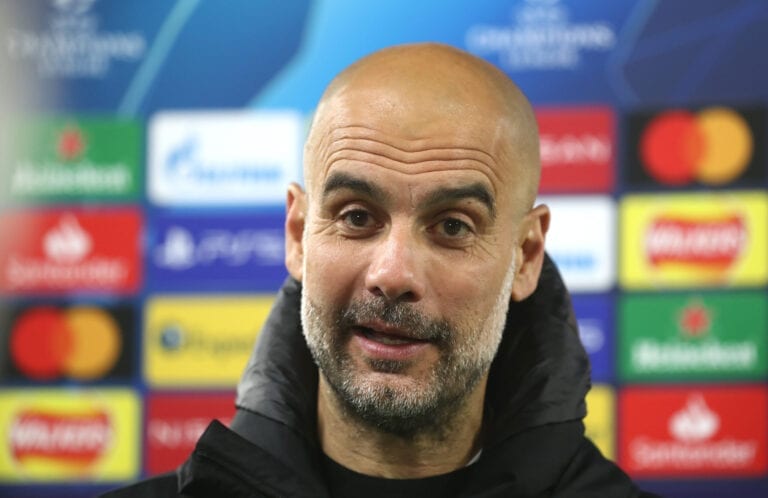 Manchester City manager Pep Guardiola has revealed how he uses the sport of rugby to shape his football tactics.

Over the course of the last few years we’ve seen City dominate English football to go alongside some near misses in the Champions League. It hasn’t always been smooth sailing, but even in the darker days there was always an expectation that the club would rise back to the top of the pile.

Guardiola has been constantly pinpointed as one of the best managers in world football and after the manner in which his side won back control of the Premier League last season, it’s not exactly hard to understand why.

During a recent interview with The Athletic, Brentford’s director of recruitment Lee Dykes spoke about an intriguing nuisance he saw from Pep when attending one of the Spaniard’s coaching sessions.

“One of the most amazing things — as a former rugby league player — was when Pep saw a guy from rugby union on the course. He had a rugby top on,” Dykes explained.

First day back in the office…

“Guardiola picked him out and said, ‘Rugby?’ ‘Yeah’, said the fella. He was building a new rugby association in Holland. ‘Rugby is brilliant’, said Pep. ‘I teach my players rugby’. ‘What do you mean?’, the fella asked.

“‘Rugby, you get the ball, you run towards the man, you draw him in and you pass’. An image of Ilkay Gundogan comes to mind immediately. I watch Man City and it is player after player dragging an opponent in – then pass.

“Incredible. I bet in all the teaching programmes in England, no one has that in the syllabus. And you have Pep Guardiola saying, ‘I do this with my first-team players’. It just makes you think.”

Pep Guardiola will hope to get his side off to a winning start when they face Tottenham in their Premier League opener on August 15.