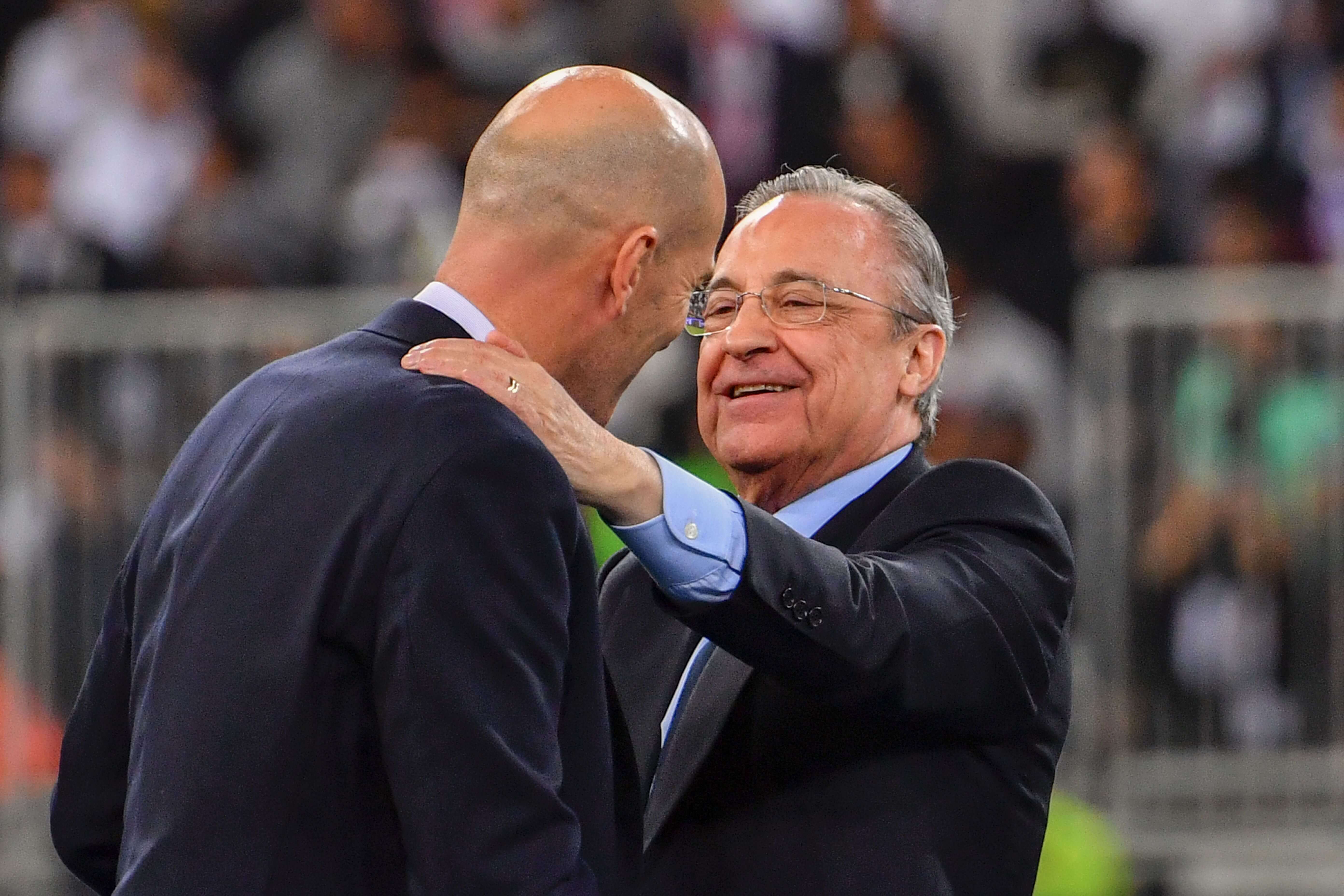 Zidane departed his role as manager for the second time in May.

He then penned an open letter to fans, explaining the reasons behind his departure.

The Frenchman said that he believed the club’s board “no longer has the faith in me that I need”.

He also added that he “would have liked my relationship with the club and the president over the past few months to have been a little different to that of other coaches”.

Perez has now commented on the letter, which he explained that he hasn’t read.

Speaking to El Transistor in Spain (via AS), he said: “I haven’t read it, I swear. I was told it was very poor.

“He didn’t write it. That isn’t Zidane.

“Someone else would have written it. It’s been a very difficult season. I haven’t spoken to him since.”

He then added: “My relationship with him? I am as fond of him as I have always been. He is a Real Madrid legend.”

Real went trophyless during the 2020/21 season – the first time that has happened since the 2009/10 campaign under Manuel Pellegrini.

They finished second in LaLiga behind Atletico Madrid, having taken the title race to the final day of the season.

Zidane’s side reached the semi-finals of the Champions League, where they lost to eventual winners Chelsea.

Following the Frenchman’s departure, Perez and Real acted quickly in appointing Carlo Ancelotti as manager for the second time.

During Ancelotti’s first spell between 2013 and 2015, Los Blancos won four trophies in one calendar year. They lifted the Champions League, Super Cup, Club World Cup and Copa del Rey in 2014.

Five names who featured on both sides of El Clasico

Florentino Perez doubles down on the ESL still going ahead

Five names who featured on both sides of El Clasico

Florentino Perez doubles down on the ESL still going ahead