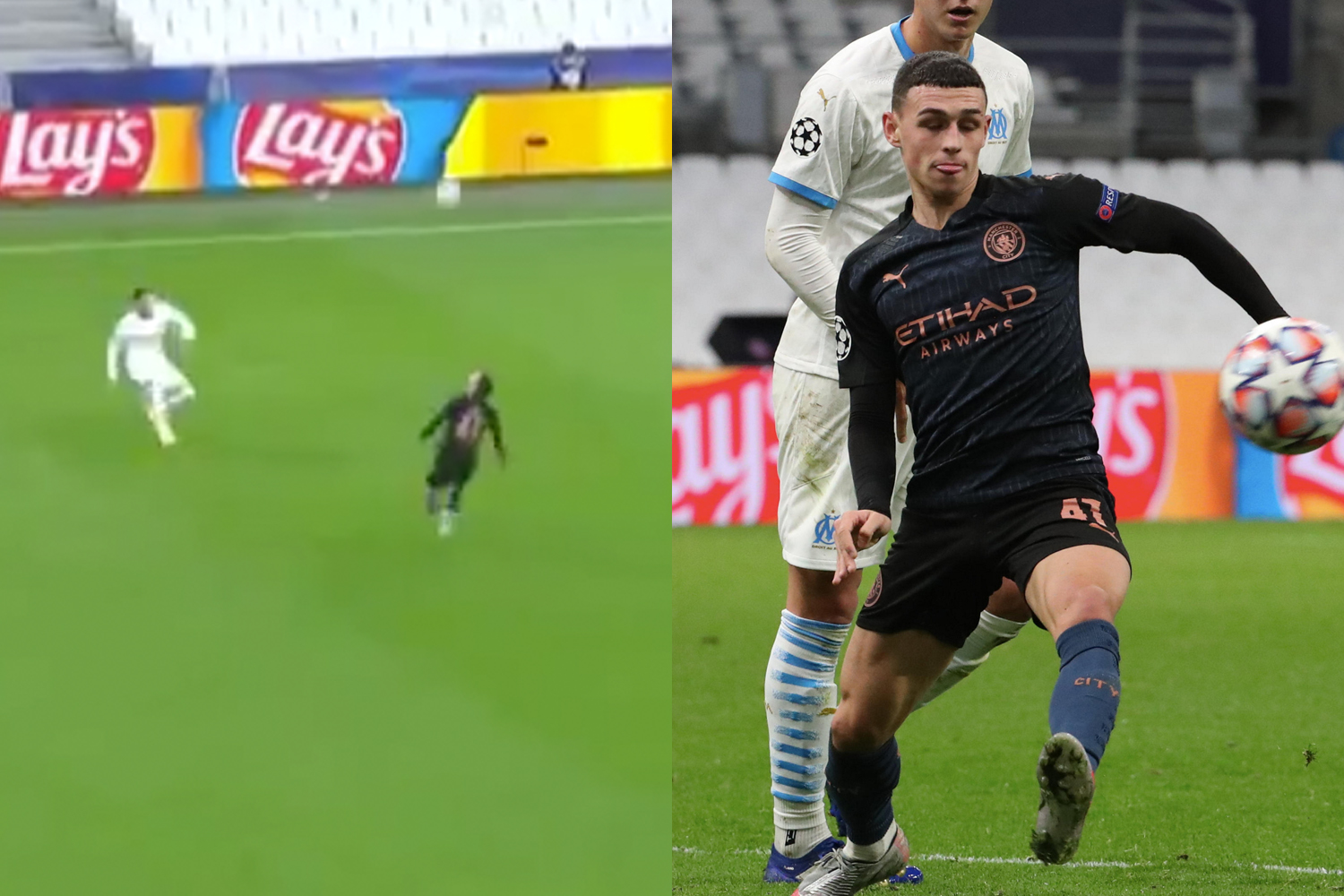 Phil Foden is an absolute joy to watch and he’s only going to get better, which is a terrifying prospect for those he comes up against.

While David Silva’s departure from the Premier League meant losing one of the greatest imports the English game has ever seen, it has opened the door for Foden to feature in the City side more consistently.

So far, he’s doing more than enough to justify his position in the starting lineup too.

During his side’s 3-0 victory over Marseille, the 20-year-old produced a stunning first touch, calmly plucking the ball out of the air while under pressure from an opposing player.

Jermaine Jenas was left in awe of what he’d just saw, saying on commentary: “I really hope there’s a replay of that touch Phil Foden has just plucked out of the sky.”

No replay sadly JJ, but you're right, that was quality ? pic.twitter.com/KHZ1ubHZLD

It wasn’t just that individual moment of brilliance either, Foden’s all-round performance earned plaudits from all over, even bagging himself the Man of the Match award for the evening.

Surely there’s a big future ahead for the young man, the more we see of him, the better he looks.