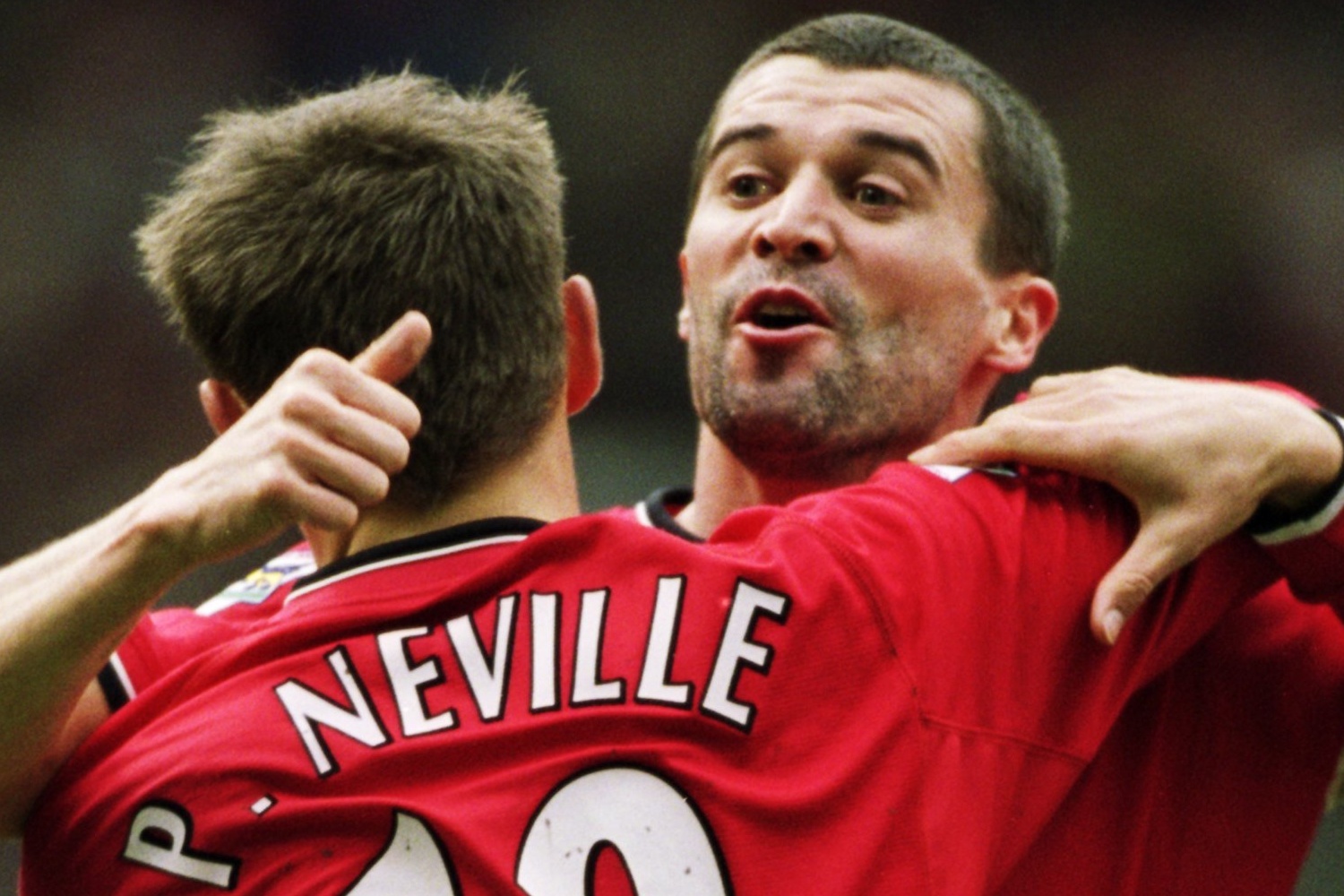 Phil Neville has explained why former teammate Roy Keane always had a soft spot for him during their playing days.

The Inter Miami boss has been part of the coaching world for a while now but prior to that, he was an established Premier League footballer through his time with Manchester United and Everton.

During his stint at Old Trafford he enjoyed a great deal of success, winning everything there is to win with Sir Alex Ferguson at the helm.

Now, during an appearance on Jamie Carragher’s The Greatest Game podcast, Neville has shed light on his relationship with the always-intimidating Keane.

“Do you know what? I think he had a soft spot for me,” Neville said.

“He actually turned up to my wedding – and he would never turn up to anyone else’s wedding. He turned up to mine and had a good time. And his kids went to school with my kids.

“Every time I see him now I think, ‘He has a little bit of a soft spot for me.”

“I think because he hated Gary so much – he used to fight with Gary every day – he saw me as the nice one.” He joked.

Ironically enough, Gary Neville and Roy Keane are now both working together as part of ITV and Sky Sports’ coverage of the Euros and Premier League.

As for Phil, in the wake of his time with the England women’s national team, he’s attempting to carve out a successful managerial career for himself – with his latest stop being in the MLS.