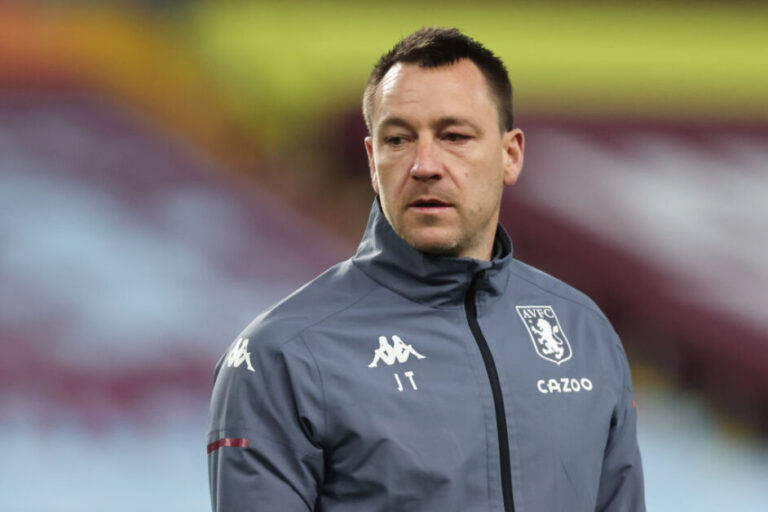 John Terry could find himself in legal trouble after using an image of the Premier League trophy in an NFT.

Non-fungible tokens are becoming increasingly linked with football as players search for the latest way to add to their millions.

There are many different platforms to buy NFTs and John Terry is one of the biggest promotors of a group called ‘Ape Kids Club’ NFTs which is an off-shoot of Bored Ape NFTs.

All of the NFTs feature an image of an ape. Eminem bought a Bored Ape NFT resembling him for £334,000.

He is not alone, though. Former teammate Ashley Cole, Tammy Abraham and Bobby Zamora have been selling this particular type of NFTs.

A different version of NFTs are CryptoDragons, which Manchester United‘s Paul Pogba was seen recently promoting.

Other players such as Antoine Griezmann, Gerard Pique and Rio Ferdinand have invested in NFT platforms.

What is an NFT?

NFT stands for non-fungible tokens that gives purchasers the oppourtinity to buy a unique image.

While others can see the image, the ownership of the NFT is stored and can be tracked.

NFTs have exploded in recent months and users can buy anything from art, pictures, music files or even match highlights.

According to GOAL, NFTs are stored on a blockchain and each has underlying data that can not be copied, therefore making them “non-fungible”.

NFTs have been in existence since 2014 but gained popularity in 2021.

John Terry has allegedly found himself in hot water after releasing an NFT featuring the Premier League trophy.

Designed to celebrate his time at Chelsea, the trophy is visible in the background alongside others that Terry won such as the FA Cup, Champions League, Europa League, League Cup and the Community Shield.

The Premier League claims its trophy is a registered trademark and use of it requires a licensing agreement.

It is not only the Premier League who Terry could be in trouble with.

The Athletic reports that Chelsea are looking into the use of club assets in the NFT while UEFA is investigating use of both the Champions League and Europa League trophy.