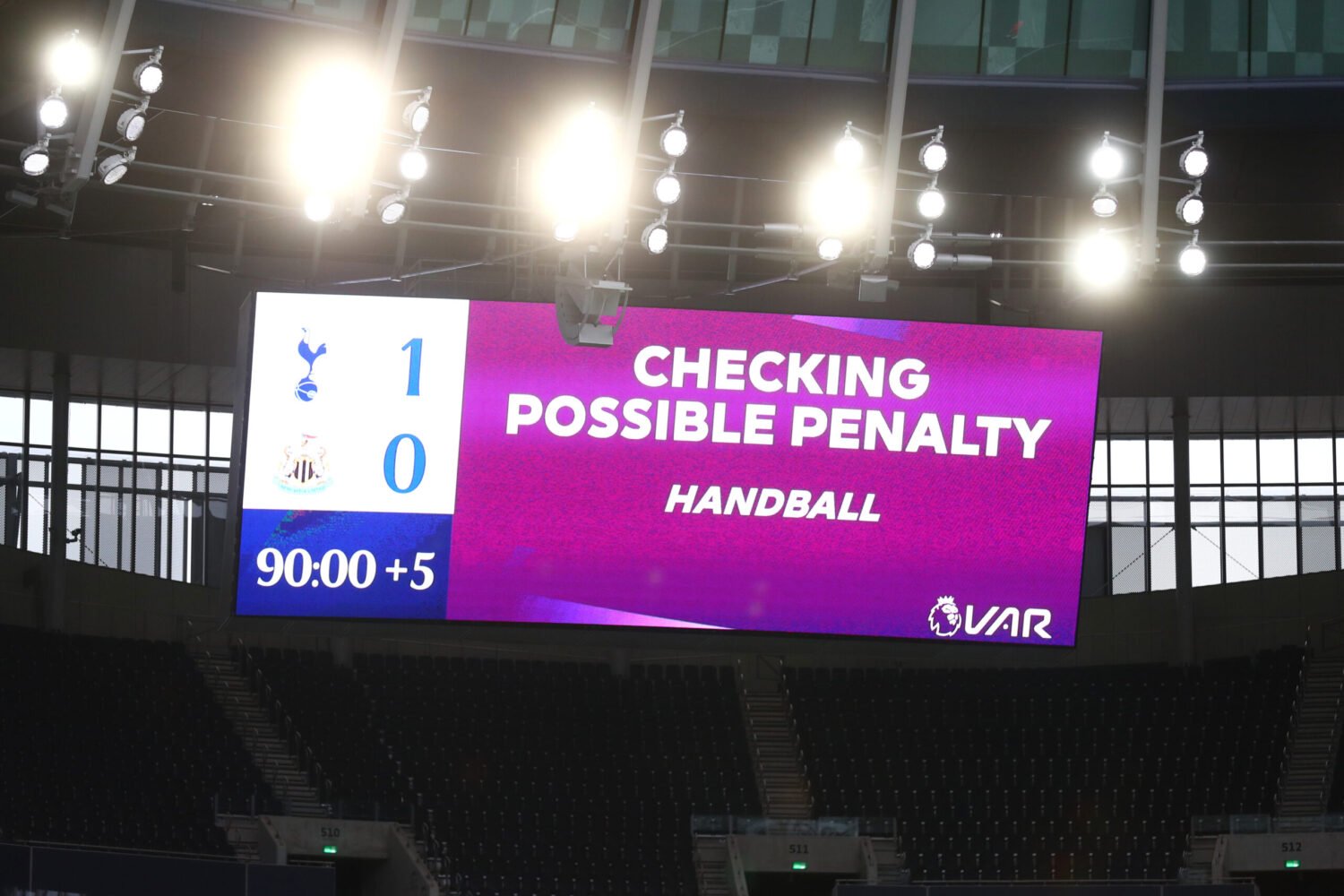 Since the Premier League got back up and running, it feels like we’ve spoke more about controversial handball decisions than the actual games themselves.

That has reportedly sparked league bosses to reevaluate how those decisions are given, and the power the referee has in using his own discretion on tough calls.

According to a report in The Athletic, a conversation was held with the International Football Association Board and it was decided that refs will be allowed to apply greater subjectivity.

The actual rule itself is unlikely to change, but the Premier League will ask the Select Group of referees to apply more leniency.

If the reports are true, which is sounding increasingly likely, it’ll come as extremely welcome news to just about anyone involved with the game and could come into effect as soon as this weekend’s round of fixtures.

So far 20 penalties have already been awarded this campaign, six of which have been for handball. At this stage last season none had been awarded for handball and 19 were given through the course of the whole season.