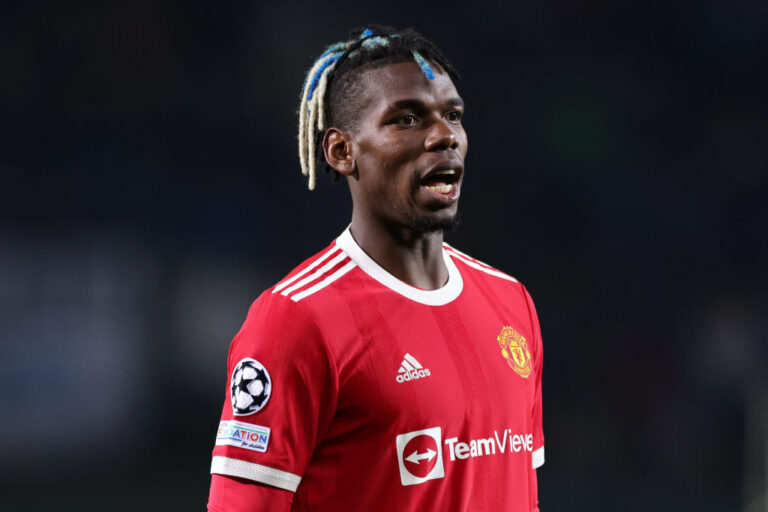 It appears as though Paul Pogba may leave Manchester United. Again.

His contract expires next summer, and his agent, Mino Raiola, has recently stirred the transfer gossip pot by mentioning other clubs he could join.

Speaking to Sport1, Raiola said: “We have many offers for Pogba, including a contract extension proposal [from Man United]. We’ll see what’s best for him.”

Real Madrid, Barcelona, PSG and Juventus are keeping tabs on Pogba’s contract situation. In that same interview, Raiola ruled out Bayern Munich, saying: “That is not possible because the German mentality is different. They cannot and do not want to pay these high salaries.

“The only German club that could do that is Bayern Munich. But even they can’t get to Paul’s salary. Germans are at the bottom of the international salary pyramid.”

Raiola speaking openly about Pogba transferring away from Old Trafford has been a recurring theme for much of his second spell there. Pogba has courted interest from the likes of Real Madrid before, appearing to be unhappy at United. It remains to be seen how Ralf Rangnick will affect his attitude towards staying.

Paul Pogba is presently recovering from an injury in Dubai. It is common for high-profile footballers to spend recovery time in warmer climates.

Rangnick disagrees with allowing players to spend that rehabilitation time abroad. He would prefer players to recover at the club.

As per the Manchester Evening News, he said: “My former clubs were always trying to make sure the rehab should take place in the club itself.

“As far as I can tell, the medical department is really good, very good, with many different approaches towards rehab.

“I would not want players to do their rehab abroad or anywhere else, but the decision on Paul was taken before I came.

“In the future, I have already spoken to the medical department – to Steve [McNally], our doctor, to (head of physiotherapy) Robin Sadler – that in the future I want players with injuries – and hopefully we don’t get long-term injuries – but if we have them in the future, I want them to stay here.”

The most interesting subject that Rangnick spoke about was Pogba’s contract and its impending expiration. The player is allowed to negotiate a move to another club from January. Naturally, there is a lot of speculation surrounding Pogba’s future.

The French international, a World Cup winner, is a divisive figure among United fans. He is capable of magical performances, but these have been few and far between at club level. Pogba is one of the highest-earning players at United, alleging pocketing £290,000 per week.

“This is such a massive club with such fantastic support from the supporters; I don’t think anyone in the club should try to convince a player to stay. But on the other hand, let’s wait and see.

“I have spoken with him for 15 minutes over the phone a few days ago. Let’s have him come back, get fully fit, train with the team and then see where we stand, how the team has developed by then.

The reaction from United fans to this assessment has been overwhelmingly positive. This positivity isn’t necessarily in opposition to Paul Pogba but rather to player power. United have been quick to offer unwarranted contract extensions in recent years. Under Rangnick, it seems likely that excessive paydays will become less frequent.

Paul Pogba: The right man at the wrong time for Manchester United?

Paul Pogba: The right man at the wrong time for Manchester United?