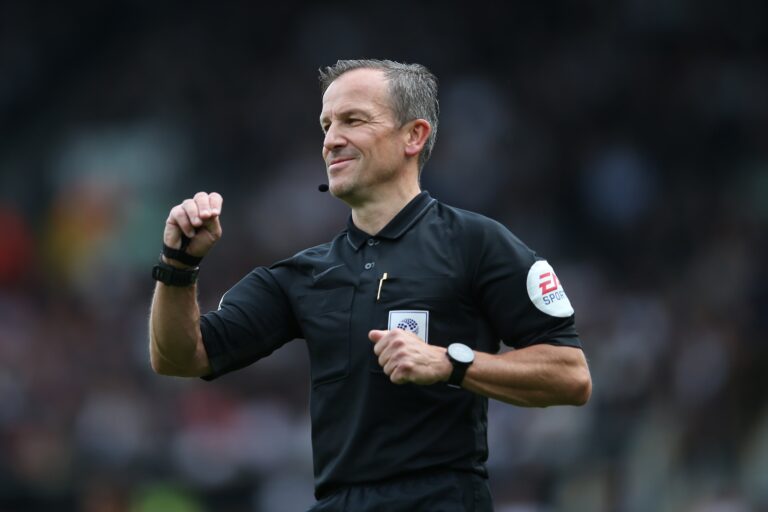 The start of the 2021/22 season is now finally upon us, after weeks of anticipation for players, managers, staff and officials.

As far as the latter are concerned, each new season generally sees a raft of referee movements between leagues. Four referees earned a promotion to the EFL’s National Group list, including Rebecca Welch – the first female referee appointed to the National Group list for the men’s professional game.

One referee who has seen pretty much everything when it comes to professional football is Keith Stroud. The 51-year-old has officiated in the Football League since 2004 and who had spent three years in the Premier League, between 2007 and 2010.

And Stroud certainly seemed as ready as anyone for the new season to get underway.

Given the task of refereeing the Championship fixture between Fulham and Middlesbrough, Stroud strode down the tunnel and, as is traditional, went to pick up the match ball to carry it onto the pitch.

As he approached, though, he hilariously blew a kiss to the ball before grasping it with both hands.

When the game did kick-off, Fulham and Middlesbrough played out a 1-1 draw to conclude the opening weekend of the Championship season.

The Cottagers, now managed by former Everton and Hull boss Marco Silva, had the majority of possession in the first half and opened the scoring through new signing Harry Wilson on 29 minutes.

But Neil Warnock’s Boro fought back in the second half, with defender Marc Bola equalising with 13 minutes on the clock.

Warnock told BBC Radio Tees after the game: “We had to hang in there, which we did.

“I’m so proud of my lads. We can get better, yes, but to come here and get a good point on the first day, it’s not bad.”

Silva said: “Of course there was frustration that we didn’t get the result that we wanted and I believe we deserved.

“At this level when you have chances to be more clinical and kill the game you can be comfortable. We had chances and we were dominant.”