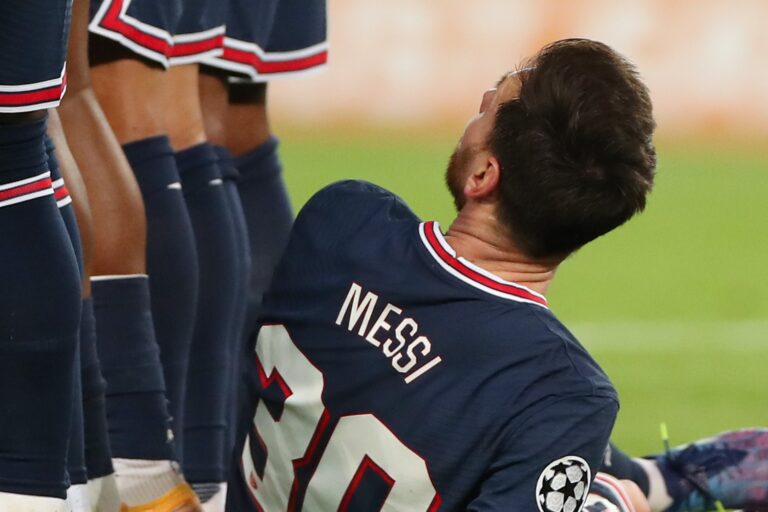 Rio Ferdinand has given his thoughts on Paris Saint-Germain’s decision to have Lionel Messi lie down behind the wall for a free-kick.

In last night’s game against Manchester City we saw the very best of Lionel Messi come to the forefront as he scored a memorable goal to give his side a 2-0 lead. The French giants held on to that advantage and moved to the top of Group A in the Champions League alongside Club Brugge, who they drew against on matchday one.

The act of getting a player to lie down behind the wall has been ridiculed by some but lauded by others as being “key” to preventing those taking free-kicks from nestling the ball underneath the wall and into the back of the net.

Ferdinand, who was on the punditry team for the game on Tuesday, seemed bemused by the move – and it’s up to you to decide whether or not his remarks were a bit tongue in cheek.

“The moment Pochettino asked him to do that at the training ground, someone should’ve gone in there and said “no no no no no”. This doesn’t happen to Lionel Messi. You can’t, it’s disrespectful, I wouldn’t have it. If I was in that team I’d say listen, I’ll lay down for you! Sorry, I couldn’t have him laying down like that. I can’t see it. He don’t get his kit dirty, that’s not what Messi does.”

Regardless of whether or not this was the right thing to do, Messi didn’t appear to have too many complaints as PSG ran through City with relative ease in the capital.

If they can produce a similar type of performance against RB Leipzig then they’ll be well on their way to qualifying for the last 16.