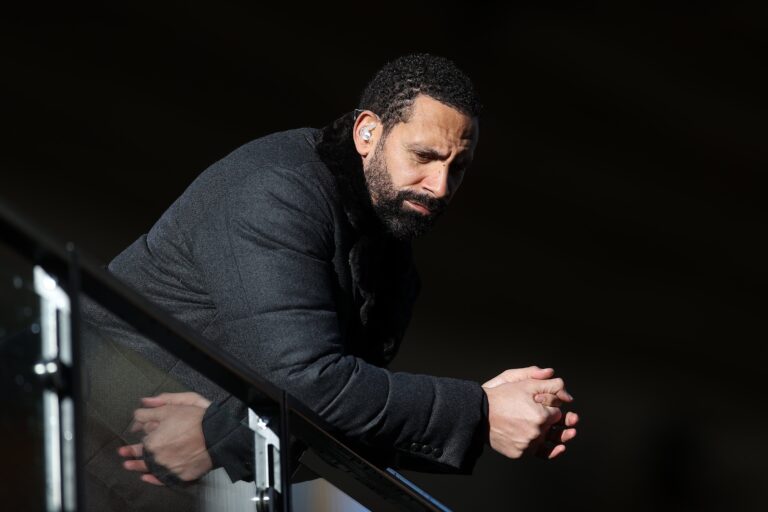 Rio Ferdinand has said that a gay male player was advised not to come out publicly by a lawyer.

The former Manchester United defender was speaking to a joint parliamentary committee who were taking views about the government drafted Online Safety Bill.

The Bill intends to create new legal framework for the identification and removal of harmful content on the Internet.

On Wednesday, Ferdinand’s brother Anton, as well as former footballers Lianne Sanderson and Marvin Sordell, gave evidence on their experiences of online abuse.

Rio Ferdinand spoke about the abuse he received and the impact it had on his family, claiming he saw family members “disintegrate” after seeing abuse.

He also discussed the issue of homophobia in football, and went on to cite one specific example of a player that had been advised not to come out publicly.

Ferdinand explained: “I’ve just met currently a player who had come out, and he was advised by his lawyer not to come out and speak.

“I initially said, ‘you need to come out and speak your truth and be proud of who you are’.

“[The lawyer] advised them based on his experience with that individual, and he didn’t think that he was strong enough mentally at that time, and had the right pieces in place to able to withstand the media attention and the spotlight, all of the different emotions that’s going to come out and pressures to deal with that situation at that moment in time.”

The Director of International Relations, Corporate Affairs and Co-Partner for Equality, Diversity and Inclusion at the Football Association, Edleen John, said that the FA are doing “everything that we can” to create “a culture of inclusivity for all individuals”.

She added: “We’re proactively striving to make sure that all players, all participants across our game feel as though they are welcome, are respected and feel a sense of belonging.