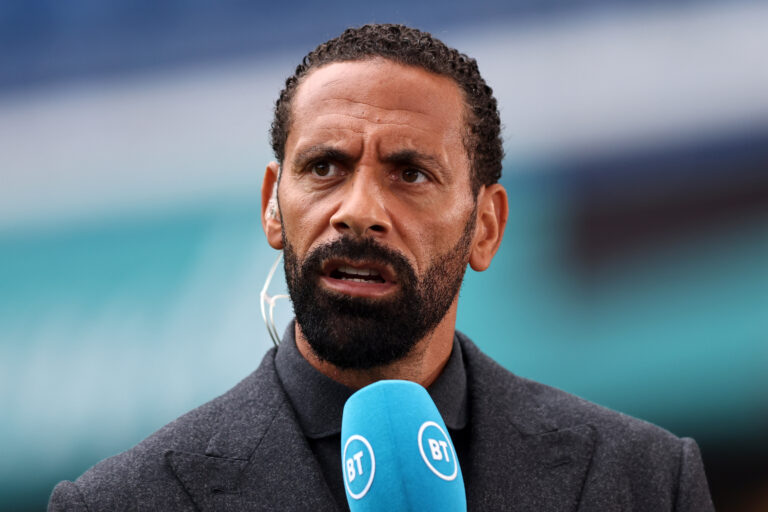 Rio Ferdinand has named England trio Jesse Lingard, Declan Rice and Raheem Sterling as the three players he would attempt to sign for Newcastle after the club’s takeover by an investment group last week.

The takeover, which was officially announced on Friday, was led by Saudi Arabia’s Public Investment Fund (PIF), and also comprised of PCP Capital Partners and RB Sports & Media.

The group succeeds previous owner Mike Ashley. He had been in control of the club since 2007.

Newcastle currently sit in 19th place in the Premier League table. They have scored just three points from their opening seven games. Steve Bruce’s side have yet to win a league game this season.

Ferdinand on three Newcastle signings he would make

Former Manchester United defender Ferdinand has indicated three big signings that he would make in order to propel the Magpies up the table.

Speaking on his YouTube show ‘Vibe with FIVE‘, he said: “I’d be looking at people like Raheem Sterling. Raheem Sterling’s not playing regularly – I’d go and ask him the question.”

“I’d go and ask Declan Rice. Those two would be the first two on my list, and I’d go all out to go and get them. Then I’d be trying to get people like Jesse Lingard, who’s in and around the Manchester United squad.”

“Then I’d be wanting to unearth some talent, some young talents from probably around the world that you think would be able to mix and blend into that.”

Ferdinand on next Magpies boss

When questioned on his choice of manager, Ferdinand put a Premier League winner near the top of his list.

He said: “It’s difficult, isn’t it? People that are available now, [Antonio] Conte’s got to be up there.”

“It’s sometimes as well about the money. Money talks nowadays. Even with some of these players – if you’re saying to a player, ‘Listen, you’re on 50, 60 or 150 grand a week at the moment, but we’re going to give you 250 grand a week, six year deal’, this club has got the finances to be able to throw those types of money around.”

Newcastle are next in Premier League action on Saturday. They take on Tottenham Hotspur at St James’ Park.