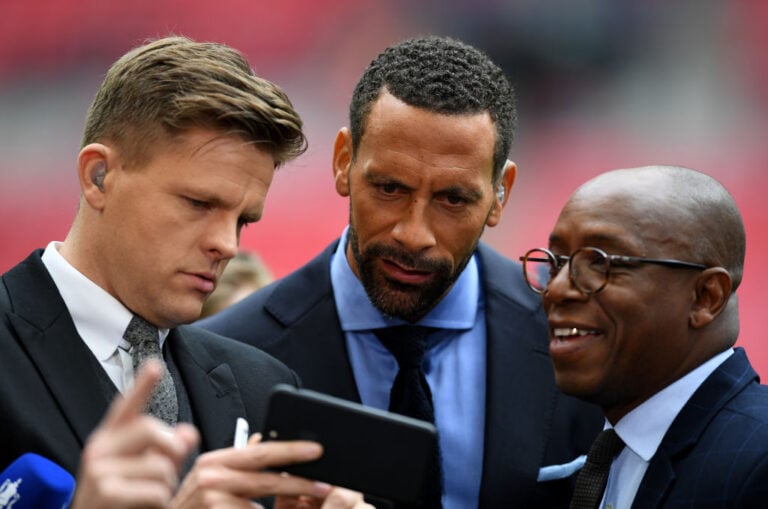 Rio Ferdinand has criticised the Premier League over their decision not to nominate Cristiano Ronaldo for the Player of the Year award.

The Portuguese starlet has been a shining light in what has otherwise been a challenging season for United.

Ralf Rangnick’s side go into the final day of the Premier League season knowing that they will not be playing Champions League football next campaign. Their highest possible finishing position is sixth, which would secure Europa League football.

If they fail to win at Crystal Palace, and West Ham beat Brighton, however, United will drop to seventh and play in the Europa Conference League next season.

United’s defence has been the subject of heavy criticism. They have conceded 56 goals this season. Out of the top 10 clubs, only Leicester (57) have conceded more.

The Red Devils have also struggled to perform against fellow members of the top six. Although they have won three out of the 10 games played against those sides, they have suffered four heavy defeats against Manchester City and Liverpool.

Perhaps the game that sums up United’s struggles came on May 7. Ralf Rangnick‘s side were hammered 4-0 by Brighton, with three second-half goals arriving in 11 minutes.

For once, Ronaldo couldn’t get his side out of trouble. This term, he has netted 18 goals in 30 Premier League appearances, including hat-tricks in wins over Tottenham and Norwich.

Ronaldo not included in POTY nominations

In a decision that stunned fans across the country, the Premier League elected not to choose Cristiano Ronaldo as one of the nominees for the division’s Player of the Year award.

That is despite the Portuguese winning the Player of the Month award on two occasions this term – the most of any player in the division.

The Premier League announced a list of eight nominees last week. Two Liverpool players are included, with Mohamed Salah and Trent Alexander-Arnold on the nominees’ list.

Rio Ferdinand joined fans in expressing his surprise that his former team-mate Cristiano Ronaldo will not have an opportunity to regain the prestigious award.

Speaking on his YouTube channel, ‘Vibe with FIVE‘, Ferdinand said: “Who’s voted for this one? Ronaldo should be in ahead of three or four of the guys on there.

“He probably doesn’t win it. But in terms of nominees, I think it’s laughable. He’ll take it as a disrespect. But these are the things that fuel him.

“He’ll be thinking, ‘How dare you?’ It’s based on stats and facts, and he’ll be like, ‘Listen, I’ve banged in more goals than most of, if not all, of them on that list apart from Salah. What are you talking about?’ He’s not going to like that.”

Ronaldo does have the opportunity to show the award organisers what they’ve missed, with United taking on Crystal Palace in their season-ending fixture on Sunday.