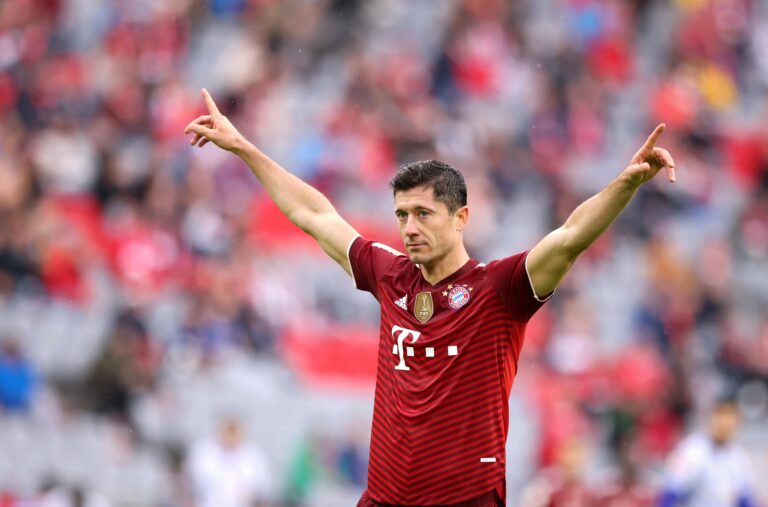 Bayern Munich and Poland striker Robert Lewandowski has said he would wear a rainbow armband to support the LGBT movement.

Lewandowski is Poland’s captain, a role he has held since 2013.

When asked in a pre-World Cup qualifier press conference whether he would wear a rainbow armband, he said: “I’d be fine with that.

“Each of us is a human being and everyone has their own emotions, it’s worth supporting every person and we should support them.”

The rainbow armband was worn by a number of captains during Euro 2020, including England skipper Harry Kane and Lewandowski’s Bayern team-mate Manuel Neuer.

The wearing of the armband by Neuer was subject to a controversial investigation by UEFA during the tournament.

But the investigation was quickly stopped, with UEFA concluding that the armband was “promoting a good cause”.

Neuer wore it in solidarity with the LGBT+ community in the month of June, which was Pride Month.

The German team also planned to illuminate the Allianz Arena in rainbow colours for their group match against Hungary in June.

The Hungarian government had, earlier that week, passed legislation that bans the portrayal or promotion of homosexuality or gender reassignment in schools.

UEFA rejected the proposal. Instead, German officials handed out 11,000 rainbow flags to members of the crowd in attendance that evening.

The Premier League supports Rainbow Laces, a campaign aimed to support and create transformative change for LGBTQ+ people in the UK.

The annual event – which last took place in December 2020 – saw billboards placed in grounds across the country, badges and rainbow armbands.

In addition, the EFL released a new video titled ‘Not Today or Any Day’, which included players, staff and fans of the 72 clubs.