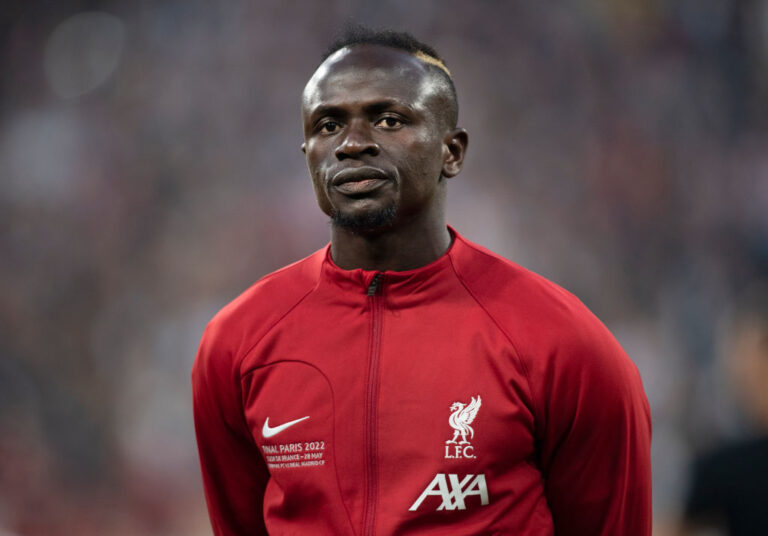 Liverpool forward Sadio Mane has moved to clarify comments relating to his potential departure from the club this summer.

The Senegalese international has spent nearly six years at Anfield. He was one of Jurgen Klopp‘s first signings, and is widely credited as the player who signalled the start of the German’s revolution at Liverpool.

During his time at the club, Mane has scored 90 goals in 196 appearances. He has won a Premier League, FA Cup and League Cup. The 30-year-old also lifted the Champions League trophy in 2019.

He has been named in the PFA Team of the Year on three occasions and won the Premier League Golden Boot in 2019.

However, Mane’s Liverpool contract expires next summer. Rumours have increasingly grown that he is set to leave the club.

Last week, The Athletic reported that the 30-year-old is expected to leave Liverpool this summer. Bayern Munich lead the chase for his signature. Real Madrid, meanwhile, are also reportedly keen on signing him.

Since those reports emerged, Mane has yet to comment on whether he will stay or leave. However, he did jokingly address the matter during a Senegal press conference.

The forward is with the Senegal squad as the reigning Africa Cup of Nations champions prepare to take on Rwanda in an AFCON qualifying match.

They defeated Benin 3-1 on Saturday. Mane scored a hat-trick.

Before the game, journalists asked Mane about his future at Liverpool. He responded (in local language Wolof, translation via Senegalese journalist Adama Ndione): “I often read on social media. Like everybody, like the new generation does. And sometimes I see and read the comments that you guys all make, journalists and the great public.

“It seems like 60 or 70 per cent of the Senegalese want me to leave Liverpool. Don’t they? Isn’t it what you all want? Ok, I’ll do what the Senegalese people want.

“Don’t worry for that! Don’t be in a hurry – be patient and just wait and see.”

As there was some confusion over the full English translation of what he said, Mane did receive some criticism on social media over his comments.

After Senegal’s 3-1 win over Benin, the forward moved to clarify what he had said.

He told canal+: “I spoke yesterday while laughing with a little humour, and it went around the world. I think we’ll stop there.

“Liverpool is a club that I respect a lot, the fans adopted me on the first day. For the future, we will see.”

It seems, therefore, that Mane leaving Liverpool is not yet set in stone. For now, the Senegal forward remains a Reds player – and fans of the club will hope that is still the case at the end of the window.