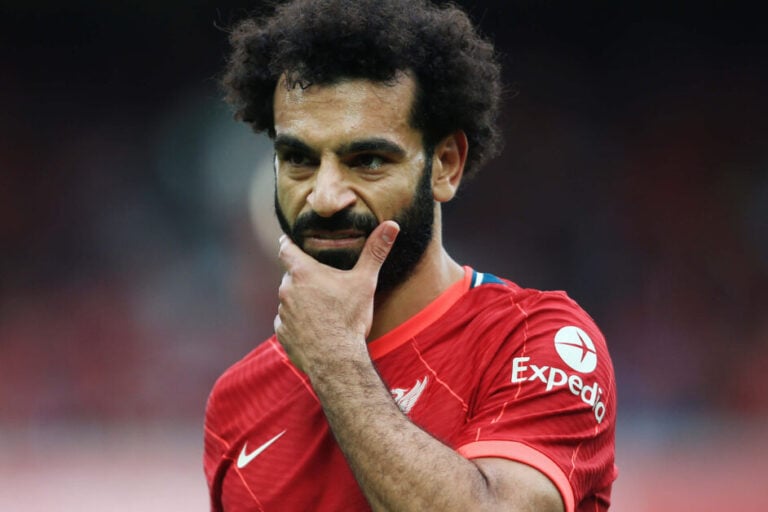 When opposition players give their opinion about Mo Salah, it is rare that Shania Twain trends on Twitter as a result.

The Africa Cup of Nations is one step away from setting up a showdown of the continent’s two best players.

While they are the best of friends at their club Liverpool, Salah and Sadio Mane could face off against each other in the AFCON final this Sunday.

The pair have identical stats so far in the tournament, with five games, two goals and an assist. They are also both searching for their first AFCON trophy.

However, there is one team standing in the way in a potential Salah v Mane showdown.

Cameroon play Egypt tonight in the semi-final. However, one of Cameroon’s players was so dismissive of Salah, it had Twitter users remembering a 1997 hit.

Mohamed Salah is one of the best players in world football.

Since joining Liverpool in 2017, he has scored 148 goals in 229 games and he has won the Premier League golden boot in consecutive seasons.

His goals fired the Reds to the Premier League and Champions League title, and he has twice been named BBC African Player of the Year.

But for some, those accolades appear to be not enough.

Vincent Aboubakar is a Cameroonian striker with a more modest record of six goals in 18 games this season for his current club, Al Nassr.

Speaking ahead of his country’s clash against Salah’s Egypt, the 30-year-old was left unimpressed by his fellow striker.

“He doesn’t impress me much. I say it clearly because I’m an honest person and I have my way of seeing things,” Aboubakar said in an interview with Then24.

“If he impressed me, I would say so. But he doesn’t impress me much.”

The phrasing of Aboubakar’s criticism had Twitter drawing comparisons to famous singer Shania Twain’s 1997 hit, ‘That Don’t Impress Me Much’.

It even prompted philosophical questions such as “What’s the meaning of Shania Twain?” from journalist Yaw Ampofo Jr.

The comparison between the lethal striker and the 90s pop star was made so much that Shania Twain trended in the UK.

Whether the Cameroon coach is left wondering if Aboubakar is still the one will become clear in tonight’s semi-final.