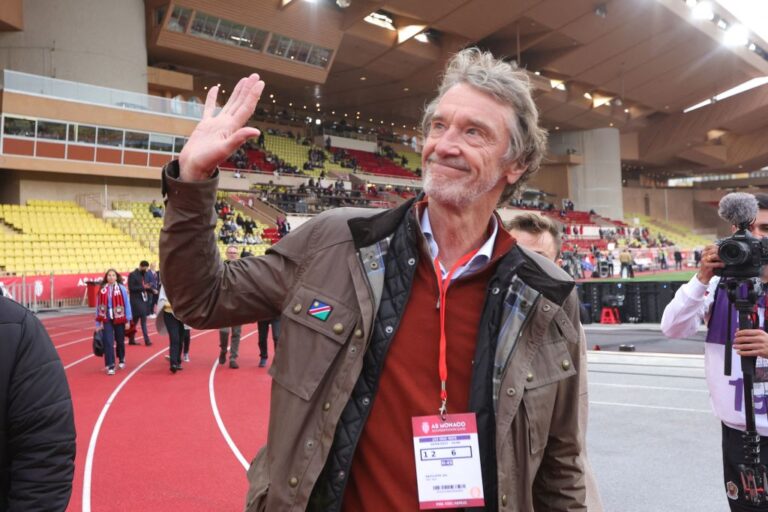 Man United fans are cautiously optimistic at finally being Glazer family-free after a billionaire registered interest in buying the club. But what is the net worth of Sir Jim Ratcliffe, the man looking to buy his beloved Red Devils?

On Wednesday, reports emerged that Ratcliffe would try to purchase Man United, if the current owners put the club up for sale. The Daily Mail report that the Glazers may be interesting in selling a minority share.

“If the club is for sale, Jim is definitely a potential buyer,” confirmed a spokesperson for the billionaire, quotes from The Times. “If something like this was possible, we would be interested in talking with a view to long-term ownership.

“Jim is looking at what can be done now and, knowing how important the club is to the city, feels like the time is right for a reset.”

The news offers a shred of hope to United supporters, who have suffered an awful start to 2022/23. They sit bottom of the Premier League following defeats to Brighton and Brentford. A large section of fans has pinned the blame for this poor showing on the owners, the Glazers.

As a result, reports claim that United supporters are planning a walkout from their next home league game.

Therefore, an interested buyer who cares about the club seems like a dream scenario for everyone connected to the Red Devils. But does Sir Jim Ratcliffe possess the net worth to make this dream a reality?

The Forbes 2022 billionaire’s list predicts the net worth of Sir Jim Ratcliffe at $16.3 billion (£13.5 billion). Therefore, according to their list, he ranks as the 111th richest person in the world.

Ratcliffe’s wealth mostly comes from the business he grew and founded, called INEOS. Formed in 1998, INEOS is a chemical engineering and energy company, providing products to a variety of different industries.

In addition, the INEOS company has a 4×4 car on the way, a hygienics brand, and a clothing brand called Belstaff. Away from the business world, though, Sir Jim Ratcliffe has several sporting endeavours to keep himself busy.

Most notably, the childhood Manchester United fan has experience of owning a football club already. In 2019, Ratcliffe bought Ligue 1 side OGC Nice for €100 million. Since that takeover, he has not been afraid to invest in the team, albeit sensibly.

For instance, the French side have spent nearly £30 million this summer. They have also invested wisely in veteran players, such as Aaron Ramsey and Kasper Schmeichel.

Elsewhere, Ratcliffe’s company owns one of the most successful cycling teams in the world. Now named after the business’ car, the INEOS Grenadier cycling team have taken numerous grand tour victories since their takeover.

Bernal then brought INEOS another Grand Tour victory, winning the following year’s Giro d’Italia. A formidable squad, the Grenadiers are consistently among the favourites for any race that they enter.

Meanwhile, away from ownership, Ratcliffe has also allowed his business to sponsor multiple successful teams.

The INEOS company sponsors the Mercedes F1 team, with the brand name emblazoned on the car. As eight-time constructor champions, Sir Jim Ratcliffe clearly wants to only associate with the best.

Additionally, his company has a tie-in with arguably the greatest rugby union nation of all time. Per their website, INEOS is the “Official Performance Partner” to the All Blacks and all teams under the New Zealand rugby umbrella.

The brand also has a number of products used in making rugby products, such as gumshields and training equipment.

As a supporter of Man United, Sir Jim Ratcliffe would likely care a lot about improving the club and restoring it to its former glory. If his other sporting interests are anything to go by, he would make sure that United become winners once more.

Red Devils supporters will now have to wait and see if the Glazers finally give up their grip on the club.