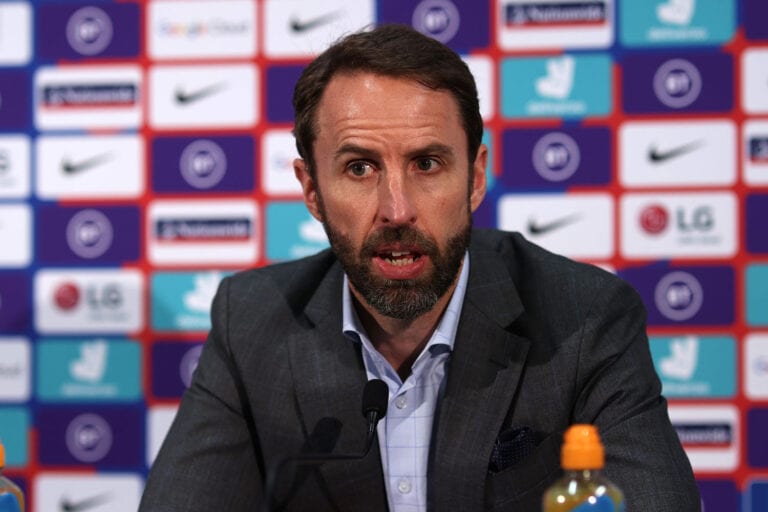 The Three Lions boss is regularly having to deal with a selection headache when it comes to the World Cup qualifiers, Euro qualifiers and, eventually, the big tournaments themselves. The English national team finds itself in a familiar situation whereby there’s an abundance of young talent mixed together with established veterans, leaving it down to Southgate to determine who will feature.

Both Greenwood and Bellingham haven’t made the cut for the upcoming qualifiers and in a recent press conference, Southgate went into more detail about those decisions.

“We have to remember that these lads are still physically growing, so when we’re talking about young player development we’ve got to be really careful with how we handle them.

“These are two players that we think can be really exciting players for England for the future but we don’t want to overload them. We’ve got to be making sure we make the right decisions.

“So they’re very much decisions that have been taken with me having conversations with the players and their families, rather than any sort of deal with the clubs.”

“And normally with these sort of things, these players would be in our under-18s, under-19s, under-20s, where these sorts of things happen all the time.

“But of course the profile of these two boys is much higher, they’re both playing very well, so I can understand why people would raise their eyes.”

“It’s not a case that we don’t think the players deserve to be in the squad. We’d be picking them if we didn’t have those long term aims and ambitions in mind I think.”

England face two qualifiers in the upcoming international break as they prepare to take on Andorra and Hungary.