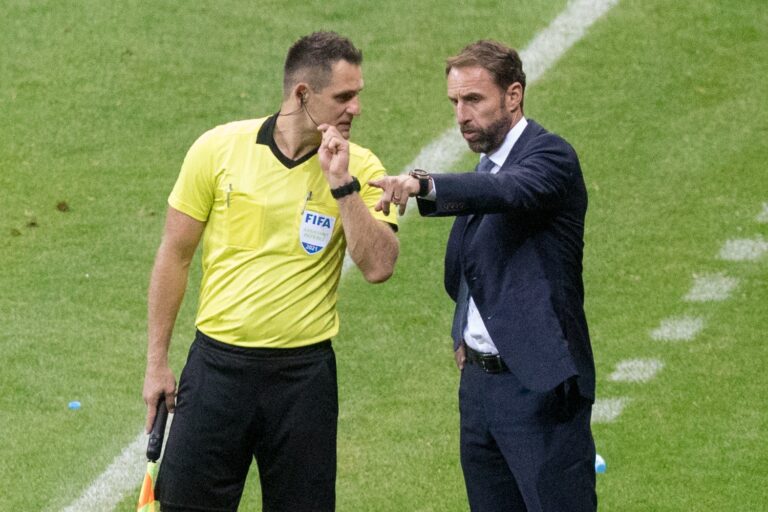 England manager Gareth Southgate has revealed why he opted not to make any substitutions during the game against Poland last night.

The Three Lions brought an end to their current run of international fixtures with an intriguing 1-1 draw against Poland on Wednesday evening. It appeared as if the visitors were in full control over in Warsaw after Harry Kane’s 72nd minute strike handed them a valuable late lead, but in injury time, Damian Szymanski headed in a vital equaliser from a Robert Lewandowski cross to ensure they shared the spoils.

One of the biggest talking points in the immediate aftermath of the draw was Gareth Southgate’s decision not to make any subs. It’s become clear ever since Euro 2020 that he doesn’t enjoy making changes all too often in big games but this time, there’s definitely an argument to be made that it came back to bite him.

When asked about his thought process the gaffer appeared to get quite defensive with his comments.

“We were playing well, we were in control,” said Southgate.

“At those moments, it’s not easy to come on as a substitute and we would be taking people off for the sake of it, frankly.

“We were in total control, there was no issue, why disrupt it when you’re in control?”

“We wanted to make substitutions towards the end, but when the goal went in we thought there was no point because we would be adding time on.”

England will be back in World Cup qualifying action next month when they take on Andorra on October 9.