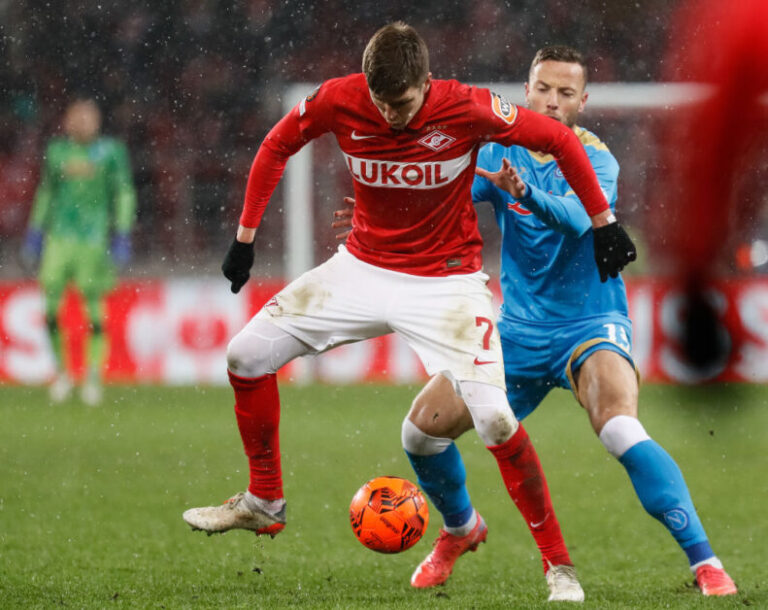 Russian club Spartak Moscow have issued a statement labelling their exclusion from the Europa League as “upsetting.”

They were due to play in the Europa League last 16 next week but lost their place due to the ongoing Russian invasion of Ukraine.

UEFA took the decision to expel all Russian clubs from European competition on Monday afternoon. As the only remaining Russian side competing in Europe, Spartak will no longer compete at the last-16 stage. Having topped their group, the Moscow-based outfit were due to play German side RB Leipzig in the next round.

The city of Leipzig shares a connection with the Ukrainian capital Kyiv, which is currently under attack from Russian forces. UEFA decided to expel all sides after pressures from the football community to sanction Russian clubs. It comes in the midst of the sporting world turning its back on Russia.

Whereas FIFA announced no team representing Russia could compete in any of its competitions. Russia were due to play Poland in this month’s World Cup qualifiers, but that game will no longer take place.

Regardless, several nations have already revealed they will not compete against Russian teams until further notice. On Sunday afternoon, the Engish FA announced none of its teams will play against Russian sides for the foreseeable future.

In the club game, Russia had already suffered one casualty in Europe following the attack. Zenit St Petersburg were knocked out of the Europa League dramatically, with Real Betis progressing to the last-16. Owned by Gazprom, there were calls for UEFA to ban Zenit from competing before the match took place.

That left Spartak as the only Russian representative, but they too will no longer take part. In a statement responding to UEFA’s decision, the Russian Premier League side expressed disappointment with the move:

“We believe that sport, even in the most difficult times, should aim to build bridges, and not burn them.

“We will focus on domestic competitions and hope for a speedy achievement of peace that everybody needs.”

Unsurprisingly, the statement has faced a mixed reaction. Some have protested that football and politics shouldn’t mix, whereas others praised UEFA for their actions.

However, Spartak themselves have faced criticism, after failing to condemn the invasion. Instead, the complete 165-word statement posted to their website only calls for an end to the conflict.