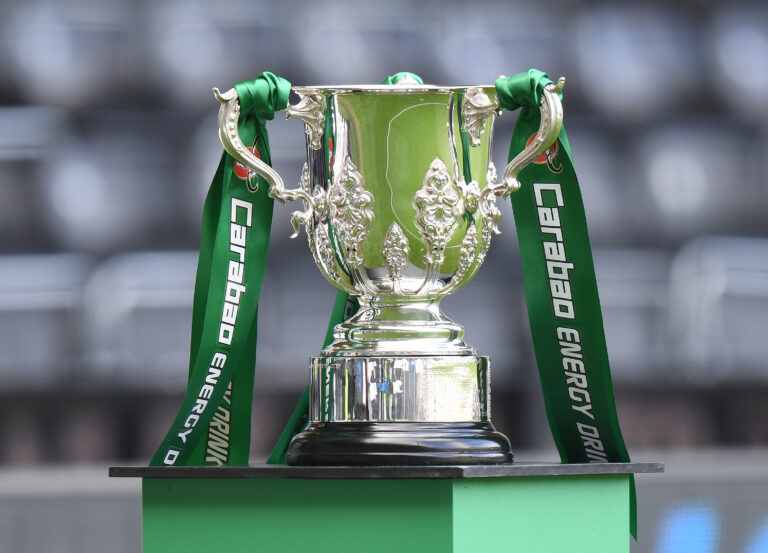 The 2021/22 Carabao Cup Final is almost upon us, with Chelsea and Liverpool set to do battle to lift the prestigious trophy.

The showpiece event takes place at Wembley Stadium on February 27. For Jurgen Klopp and Liverpool, it will be their first visit to the famous location for a competitive cup match since 2016, when they lost the Carabao Cup Final on penalties to Manchester City.

Thomas Tuchel and Chelsea, meanwhile, last visited Wembley in May. They were defeated 1-0 by Leicester City in the FA Cup Final.

Both sides will be hoping for different fortunes when they take to the pitch on February 27. Chelsea last won the Carabao Cup in 2015. They defeated Tottenham Hotspur 2-0 in the final.

Liverpool’s last success in the competition dates back to 2012. They beat Championship side Cardiff City on penalties after a 2-2 draw.

Let’s take a look at how each club earned the right to play in this season’s Carabao Cup Final:

As a result of competing in the 2021/22 Champions League, Chelsea entered this season’s Carabao Cup draw at the Third Round stage. They were drawn to face Aston Villa at Stamford Bridge.

After a tense 1-1 draw after extra-time, the game went to a penalty shootout. Goalkeeper Kepa Arrizabalaga was the hero, saving spot-kicks from Ashley Young and Marvelous Nakamba to ensure Chelsea’s progression.

The Blues faced Southampton at home in the Fourth Round, and they again required penalties after another 1-1 draw. Arrizabalaga made three outstanding saves in normal time, before Theo Walcott and Will Smallbone missed crucial penalties in the shootout for the Saints.

Next up for Thomas Tuchel’s side was an away tie against Brentford. Chelsea ensured progression with a 2-0 win. Pontus Jansson scored an 80th-minute own goal before Jorginho converted a penalty five minutes later.

Chelsea next faced a Semi-Final tie against Tottenham Hotspur. The Blues started superbly in the home tie at Stamford Bridge. They were 2-0 up inside 35 minutes.

After seeing the game out with the same scoreline, Tuchel’s side then secured a 1-0 win in the away tie. Antonio Rudiger scored the game’s only goal on 19 minutes, ensuring that his side progressed to Wembley via a 3-0 aggregate scoreline.

Like their Wembley opponents, Liverpool entered the Carabao Cup draw at the Third Round stage.

Their first assignment was an away tie against fellow Premier League side Norwich City. Jurgen Klopp’s side sealed progression with a 3-0 win. Takumi Minamino netted twice, with Divock Origi also getting on the scoresheet.

The Reds then faced another away trip to Championship side Preston North End. North End had some opportunities to score in the first half, but Liverpool came away from Deepdale with a 2-0 victory. Minamino and Origi were again on the scoresheet.

Liverpool were then drawn against Leicester City at Anfield. It turned out to be one of the games of the season. Klopp’s side found themselves 3-1 down at half-time but came roaring back in the second half. Minamino scored yet another crucial goal, making the scores 3-3 in the 95th minute.

Diogo Jota scored the winning spot-kick in the subsequent penalty shootout to send the Reds through.

Awaiting them in the Semi-Finals was a two-legged tie against Arsenal. Despite going down to 10 men, Mikel Arteta‘s side held out for a 0-0 draw going into the second leg at the Emirates Stadium.

But it was Liverpool who would prevail, with a Jota brace seeing them through via a 2-0 aggregate scoreline.

Make sure you head over to the EFL’s official website to find out more about match tickets, the history of the Carabao Cup and the Goal of the Round winners!

Also, make sure you follow the SPORF and EFL social media channels for preview, reaction, goals and more from the Carabao Cup!

This article is part of a paid partnership with the EFL.