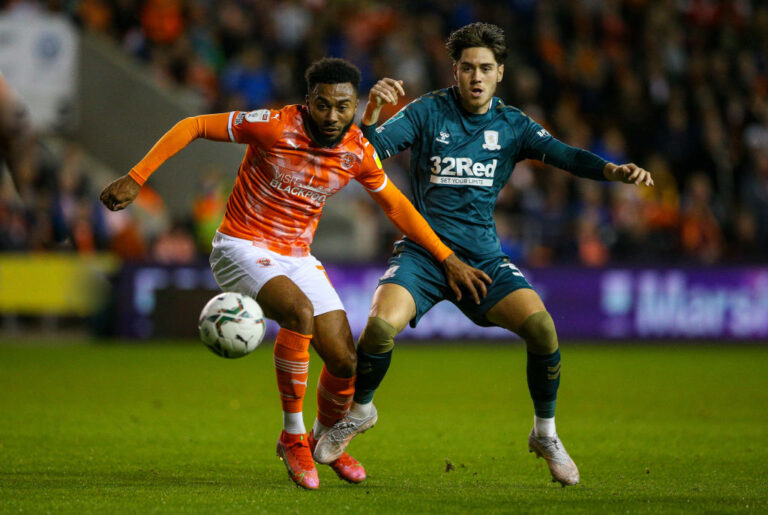 There were some blistering games in Round One of the Carabao Cup, setting the tone for an exciting tournament going forward.

Wayne Rooney described his side Derby County’s win over Salford in the Carabao Cup as his “proudest moment” so far as manager.

The Rams managed to fend off the opposition on penalties after the game at Pride Park ended 3-3, with Ravel Morrison scoring the pick of the goals with a long-range effort.

Rooney said via the Guardian: “Last season, staying up was massive for everyone but tonight is the proudest moment I’ve had as a manager.

“I think the situation we’re in and the pressure on those young lads, I’m so proud of them in the second half and, for the fans who were here and the ones who watched at home, I think they can all be proud of the team tonight.”

Elsewhere, Morecambe stunned their Lancashire rivals after coming from behind to win 2-1 against Blackburn Rovers. Rovers opened the scoring through Tyrhys Dolan’s header but two second half goals from Cole Stockton and Adam Phillips turned the tie around.

Sheffield United made it to Round Two after beating Carlisle United 1-0, with Rhian Brewster scoring his first goal for the Blades since his move from Liverpool last year.

Meanwhile, the new coach at Swansea City, Russell Martin, earned his first win with the Welsh side after beating Championship foes Reading 3-0.

Birmingham City managed to secure a Round Two place after Marcel Oakley got a late goal to send Colchester United crashing out 1-0 at St Andrew’s.

Lastly, debutant Marley Watkins netted a brace for Cardiff City as they pulled themselves out of a tricky situation against Sutton United, in what was a 3-2 win.

On Wednesday night further action took place with five games being played out to compete for a place in the next round.

Kion Etete scored twice and led Northampton Town past Championship side Coventry City with a 2-1 win at the Coventry Building Society Arena.

Callum Connolly netted for Blackpool for the first time as the coastal side breezed past Middlesbrough 3-0 to make it to Round Two.

John Mousinho made up for his own goal in the 96th minute by scoring the winning penalty for the away side.

Meanwhile, details of the upcoming Carabao Cup Round Two draw have been confirmed.

Some great matchups to come as the Premier League sides not playing in Europe now join the competition. Aston Villa travel to League Two Barrow, Arsenal are on the road to West Bromwich Albion and newly promoted Watford face Crystal Palace for a place in the third round.