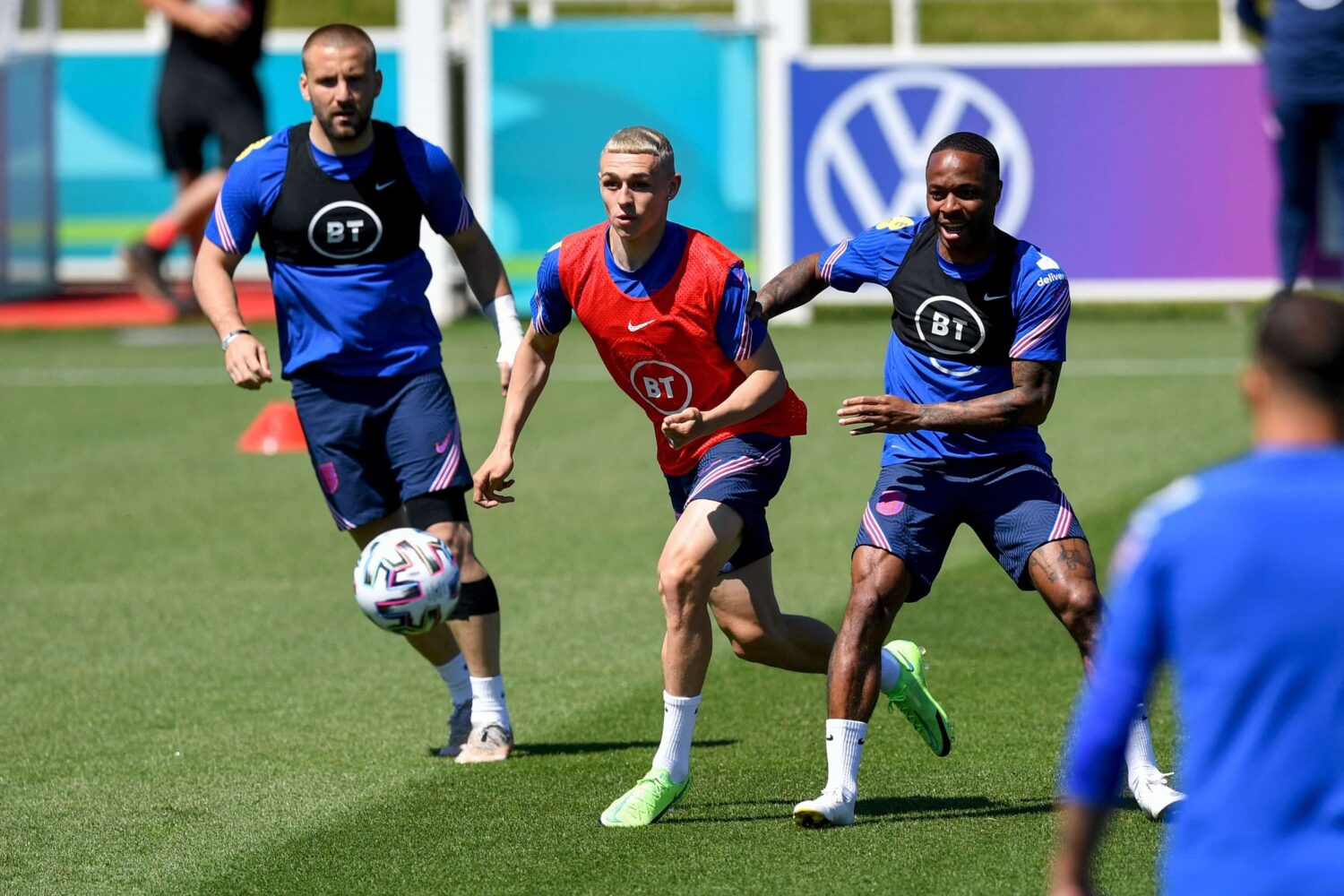 It is now a little over 72 hours before England‘s starting line-up for their first Euro 2020 group game against Croatia is released.

Gareth Southgate has a squad of 26 players to choose from, with all 26 – including recent injury absentee Harry Maguire – taking part in training on Thursday.

Southgate told BBC Radio 5 Live (quotes via The Independent) after England’s victory over Romania that he knows “all bar one” of his starting XI for the opening game.

Let’s take a look at the big selection headaches that face the England manager ahead of the tournament getting underway:

Formation – three or four at the back?

One of Southgate’s main dilemmas will surely be around what system England play against Croatia.

England played with a four-man defence during the most recent Nations League qualifiers. John Stones and Harry Maguire performed strongly as a central defensive pair.

And Southgate also opted with a four during England’s two warm-up friendly victories over Austria and Romania last week.

It has been reported by The Telegraph that in training, Luke Shaw has been tried as the left centre-back in a three-man defence.

And right-back Reece James featured as a right-sided centre-back and wing-back for Chelsea towards the end of last season.

Southgate certainly has the personnel to play either type of system, so it will be interesting to see which one he opts with.

Which attackers get the nod?

Another question mark is over who will line up either side of Harry Kane.

One man who could fill the left sided slot is Phil Foden. The Manchester City starlet played in that role for most of the season for Pep Guardiola‘s side.

But the 21-year-old could also play as part of a midfield three if Southgate opts for a system that incorporates that number of midfielders.

Jack Grealish is in a similar position, with the Aston Villa man capable of playing both on the left and as an attacking midfielder.

Then there’s Raheem Sterling, who has been a key figure for England for a number of years. However, the 26-year-old’s recent form hasn’t quite been at the outstanding levels of recent seasons.

Marcus Rashford is the other contender for the left sided role, and the Manchester United forward scored the winning goal against Romania.

Both Sterling and Foden have featured on the right side in the past, whilst winger Jadon Sancho has enjoyed another excellent season for Borussia Dortmund. Arsenal’s Bukayo Saka could also be in contention for both roles.

Will Henderson be fit to start?

Jordan Henderson was included in the squad as he continued the latter stages of his recovery from injury.

The Liverpool captain’s 45-minute cameo for England against Romania was his first on-field action since February. Southgate said earlier this week that getting Henderson to a good level would be “a bonus“.

Henderson stated yesterday that he feels “really good”, and wants to make a “big contribution” at the tournament.

If the 31-year-old does not start, there will be a headache for Southgate over who plays instead.

Declan Rice and Mason Mount have been key members of the England side in the last year. They could line up together in a two-man midfield if Southgate opts for a 3-4-3.

If there is a three-man midfield, Foden or Grealish could both feature in an advanced role. Alternatively, Jude Bellingham has impressed in both friendlies, and could also a contender to start.

Shop England on the SPORF store