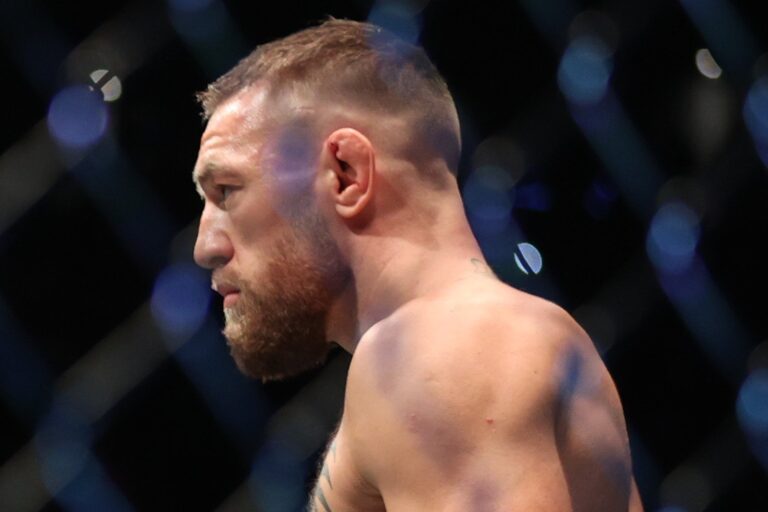 “The Notorious” walked into his January fight against Dustin Poirier with respect, confidence and a brand new attitude. Unfortunately that all came undone when he was finished by “The Diamond”, and six months later, the same thing happened – with a broken leg thrown in there for good measure.

There’s undoubtedly been a lot of soul-searching going on within the McGregor household but now, it’s time to think about the steps he needs to take if the Irishman is serious about reclaiming his throne.

Give the leg time to heal

A broken tibia isn’t exactly impossible to come back from but with Conor’s tendency to push himself to the very limit, there’s a worry that he could go a bit too hard upon returning to the gym – even if he’s only working on his upper body. Perhaps his quick return from an ACL injury has given him the confidence he needs to kick on but this, if nothing else, should serve as time for the former champion to sit back and relax.

Get off social media

Between the tweets about Khabib’s father and his feuds with Poirier & Diaz, no good can come from Conor McGregor pretty much living on Twitter. We’re talking about a man who never used to fall into the habit of making excuses but in the present day he can’t seem to stop.

McGregor needs to look towards the future and social media shouldn’t play much of a role in that whatsoever.

He was too nice against Cerrone and in the initial Poirier rematch whereas he went way too far in the Poirier trilogy and the first Khabib fight. It’s almost as if McGregor is reaching to rediscover the old version of himself who was so successful when in reality, all he needs to do is find the perfect balance that’ll allow him to be both humble and amusingly defiant in the face of adversity.

The first step back with regards to getting into the octagon, in our view, should be the Nate Diaz trilogy. It’s been more than five years since Conor evened up the series at 1-1 and the two have been dying to get back in there for a third time ever since. It’ll sell good PPV numbers, it’ll be a fun fight and most importantly, Conor McGregor will be the favourite.

If (and it’s a big if) Conor can beat Nate, then the most realistic route back to the title would be to jump back down to lightweight from welterweight. In that instance the champion will probably be Charles Oliveira or Dustin Poirier and if that’s the case, McGregor should first try and get past a separate top contender at 155 pounds.

Win the fight, get the fans back onside and cut the kind of promo that makes us want to believe in Mystic Mac again.