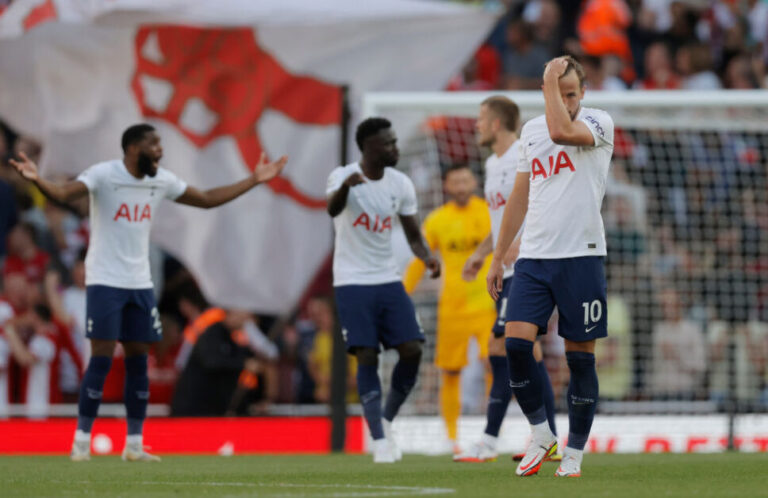 There are few rivalries in English football on the scale of Arsenal vs Tottenham Hotspur.

A feud that dates back to 1896, the pair have shared some unforgettable clashes over the years.

Arsenal won the league at White Hart Lane in 1971 before repeating the feat in their invincible campaign 33 years later.

While Spurs beat Arsenal in the 1990/91 FA Cup semi-final, and Danny Rose hit a memorable debut volley against the Gunners in April 2010.

The North London Derby has brought plenty of drama to English football.

But, it’s safe to say, the pair have been somewhat off their usual lofty ambitions in recent years.

Instead of vying for titles and cups, Arsenal and Spurs have been fighting it out for European places.

For Arsenal, their troubles have overshadowed that of their North London rivals.

It’s five seasons since the Gunners last finished above Tottenham, and Spurs are currently level on points with a game in hand.

Already knocked out of both domestic cup competitions, Arsenal face a challenge to qualify for Europe.

During his 22-year spell as Arsenal manager, the Gunners didn’t once miss out on European qualification.

He lifted 17 trophies during that time, including three Premier League titles and seven FA Cups.

Whilst the silverware may have dried up, Arsenal fans still like to remind their neighbours about the glory years.

Spurs have never lifted the Premier League, only finishing as runner-up once in 2016/17.

Read: Pochettino once ranked these five players as the best he’d worked with

Spurs have won eight FA Cups, compared to Arsenal’s 14, a record for one club.

It’s fair to say Spurs have lived in Arsenal’s shadow over the last few decades.

One cheeky Arsenal fan used this silverware disparity to make a cheeky dig at Tottenham supporters.

Users of the Arsenal website were met with this error message when they clicked on the basket icon without adding any items:

“Your basket is as empty as Tottenham’s trophy cabinet.”

Sparking a war of words online, Arsenal and Spurs fans debated which club was bigger.

One Spurs supporter claimed Arsenal “lived rent-free” in their heads.

Before a Gunner replied suggesting, Tottenham should “rent their trophy room out for free” instead.

A brutal exchange continued throughout the day before news broke that the club had fixed the ‘error’.