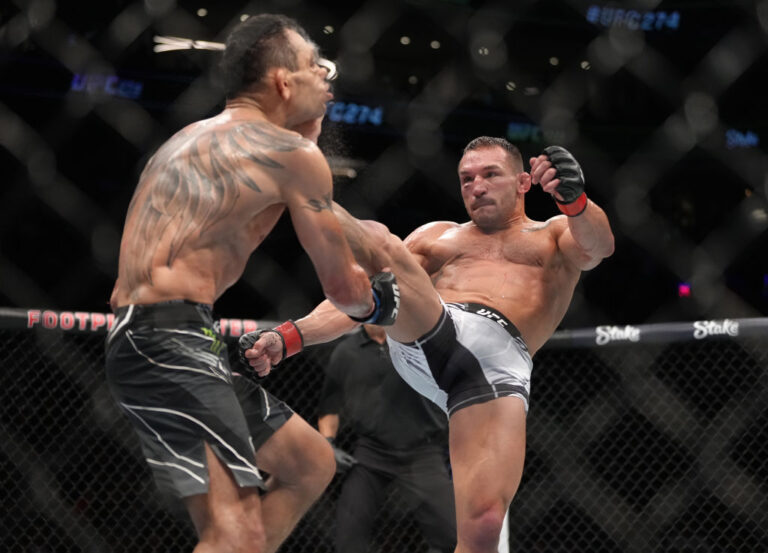 Getting knocked out in front of the world is bad, but waking up to Conor McGregor launching McNuggets jibes in your direction is beyond the pale.

At UFC 274, Tony Ferguson collided with Michael Chandler in one of the most eagerly-anticipated fights of the year. However, fans feared ‘El Cucuy’ had ventured past his peak after several successive poor performances.

Therefore, most gave the advantage to his opponent. But to their delight, when the first bell struck, the hardcore favourite looked back to his best.

He found his range and began flowing as he did in his hay day. But then, suddenly, it all went wrong. After just 17 seconds of the second round, Chandler unleashed an almighty front kick to turn off the lights. Ferguson slumped to the floor, out cold, and the referee quickly jumped in to prevent the victor from landing any more punches.

His fans, although devastated, have had to admit that the finish ranks among the best in UFC history. It more than deserves its place alongside Anderson Silva and Lyoto Machida’s iconic front kicks, which coincidentally both landed on Vitor Belfort.

But despite the loss, the love the MMA community has for Ferguson certainly hasn’t dwindled. However, the love from his supporters may dwindle into insignificance when he reads what his Irish nemesis has had to say.

Read: Joe Rogan has a warning for Conor McGregor about Kamaru Usman call-out.

Since his loss to Dustin Poirier in July, ‘The Notorious’ has sat on the sidelines and frequently taken to Twitter to voice his opinions. However, his views aren’t always the nicest, and after Ferguson’s loss, he saw no issue in kicking him while he was down.

The 33-year-old whipped out his phone and unleashed a series of posts in which he compared his rival to a chicken McNugget. The most brutal of these featured a picture of the American’s face mid-knockout, which, according to the Dubliner, resembled the famous McDonald’s treat.

He said: “If you pulled that out of a McDonald’s bag, you’d dip it in sauce and eat without a moment’s thought. No doubt. That would pass as a legit McDonald’s chicken nugget. That’s Crazy.”

Of course, McGregor is using the insult that Ferguson so regularly used against him. In a 2017 interview with ESPN, El Cucuy explained where the idea came from.

He said: “Money made McGregor soft. I say ‘McNuggets,’ because he’s made of that fake sh*t, that pink stuff from McDonald’s that nobody wants.”

Some fans find McGregor’s comments hilarious, while others feel they’re poorly timed. However, his verbal onslaught on Ferguson wasn’t the only reason he caught the headlines. In the aftermath of the contest, Chandler made it abundantly clear that he’d love a fight with the former two-division champion.

Furthermore, the best lightweight on the planet admitted to wanting a piece of McGregor. After his sensational first-round victory over Justin Gaethje, Charles Oliveira called out the Irish sensation. Although the biggest draw in the sport has done nothing to earn a title shot, his star power could make this monster fight a reality.