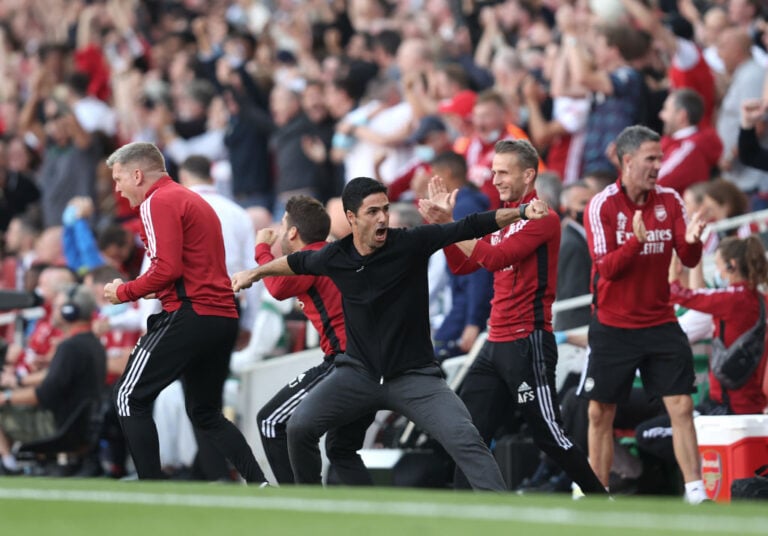 The long-awaited trailer for Amazon Prime’s Arsenal: All or Nothing series is finally here – and it looks to be exactly what fans hoped for.

Mikel Arteta‘s side had a rollercoaster ride during the 2021/22 campaign. Pierre-Emerick Aubameyang was stripped of the captaincy before his contract was terminated by mutual agreement. In addition, the Gunners lost their opening three games, picked up an incredible amount of red cards and suffered a humiliating 3-0 defeat to Tottenham in May that effectively ended their Champions League challenge.

But the Gunners had plenty of highs as well. The continued development of talented youngsters such as Bukayo Saka, Emile Smith Rowe and Eddie Nketiah was a joy to behold. Aaron Ramsdale proved to be one of the signings of the season. Ben White and Gabriel struck up a solid central defensive pairing. In addition, Arteta’s side are back in European competition for next season, having finished fifth in the Premier League.

Amazon Prime has followed major clubs worldwide over the last few years as part of their ‘All or Nothing’ series. The series gives a behind-the-scenes look at the inner workings of each club, coupled with their performances on the pitch. And their latest offering is a must-watch.

Arsenal: All or Nothing trailer

Arsenal officially released the trailer for their ‘All or Nothing’ series at 4pm on Tuesday. Whilst it is only 24 seconds, it is packed full of action.

It begins with the customary shot of Arteta standing on the touchline in a reflective mood. Then there are fans calling for the manager’s head after a poor start to the season, and Aaron Ramsdale launching his gloves across the dressing room.

Just like most good story arcs, however, the rest of the trailer is about redemption. There’s the North London Derby win at the Emirates Stadium, dressing room celebrations and Arteta putting his arm around Bukayo Saka, one of the Gunners’ top performers last season.

Arsenal: All or Nothing will be available on Amazon Prime on August 4.