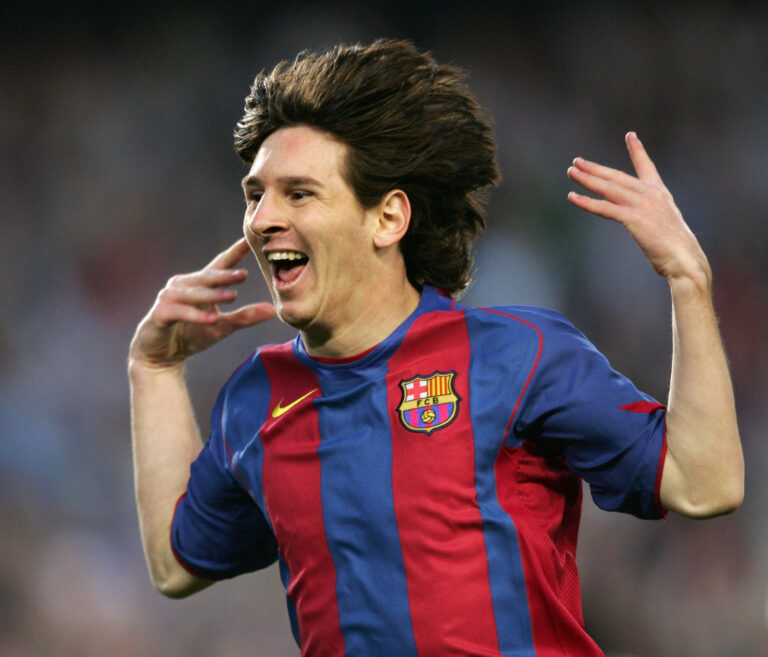 The 20 nominees have been announced for this year’s Golden Boy award.

To be eligible for the award, a player must be competing in a European nation’s top tier across the calendar year and be under the age of 21.

As always, the 2021 award promises to be closely fought. The likes of Barcelona midfielder Pedri, Arsenal forward Bukayo Saka and Manchester United‘s Mason Greenwood have all been nominated.

The award itself has plenty of pedigree. The likes of Lionel Messi and Wayne Rooney – who each were named winners in the 2000s – went on to become world superstars.

However, there have been some exciting talents who won the award, yet who never quite became elite players.

In a new series that will be published across this week, SPORF is going to take a look at each of the 17 previous winners of the Golden Boy award and what they eventually went on to achieve.

The midfielder – who was 20 when he was presented with the award – smashed 18 goals in 21 Eredivisie appearances during the 2002/03 season.

He left Ajax in 2005 to join Hamburg, where he scored 29 league goals in 74 appearances, and 11 goals in 22 appearances in European competitions.

Van der Vaart then spent two seasons at Real Madrid, before moving to Tottenham in the summer of 2010. He hit double figures in consecutive seasons for Harry Redknapp’s side, before moving back to Hamburg in 2012.

On the international stage, the midfielder made 109 caps for Netherlands, scoring 25 goals. He appeared at three World Cups, with the Dutch finishing as runners-up to Spain in 2010.

He retired from football in 2019 after a season with Danish Superliga side Esbjerg. Outside of the sport, he is a keen darts player, and made his professional debut in the BDO Danish Open in May 2019.

The forward, then aged just 16, soon needed no introduction. Months after his move from Everton to Manchester United, Rooney was presented with the Golden Boy award for 2004.

His debut for Sir Alex Ferguson‘s side was a sign of things to come. Then the world’s most expensive teenager, Rooney smashed in a hat-trick in a Champions League qualifier against Fenerbahce. Statement made.

Since then, Rooney has won almost everything there is to win on the domestic stage. Premier League, Champions League, FA Cup, Europa League – he lifted them all.

He made a fairytale return to Everton in 2016, where he spent a further year before spells with MLS side DC United and Derby County. Rooney now manages the Rams in what is his first managerial role.

Lionel Messi was always regarded as a prodigious talent – but how many truly predicted what he would go on to achieve over the years?

The Argentinian only made his debut for Barca in October 2004, but by the end of 2005, he was the Golden Boy winner. He scored eight goals in 25 appearances in all competitions in 2005/06.

Francesc Fabregas was one of a number of players who left Barcelona’s famous La Masia academy in the early 2000s to test themselves in different leagues.

Fabregas was just 16 when he joined Arsenal, at the beginning of the 2003/04 season – the campaign in which Arsene Wenger‘s side would become Invincibles.

He made his league debut the following season, and made 46 appearances in all competitions. Fabregas quickly established himself as one of the top midfield playmakers in the Premier League, and won the Golden Boy award at the age of 19.

The Spaniard was given the Arsenal captaincy in November 2008, and netted 15 goals in 27 Premier League appearances in 2009/10 – the highest return of his career.

A year after being part of the 2010 World Cup-winning squad, Fabregas returned to Barcelona. He won six trophies at the Nou Camp, including the LaLiga title in 2013.

The midfielder was brought back to England by Chelsea manager Jose Mourinho in 2014. He played a pivotal role in the Blues’ league title win in his first season. After lifting another Premier League trophy in 2017, Fabregas was transferred to Monaco, where he still plays today.