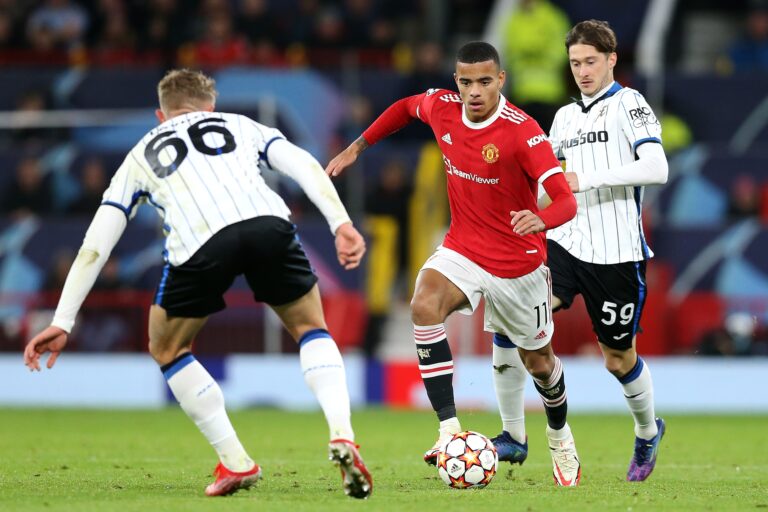 The Manchester United and England forward had an impressive start to this season. He scored three goals in his opening three Premier League games.

Greenwood has not played for the national team since September 2020. He was sent home on that occasion for a breach of Covid-19 protocols. In the summer, the 20-year-old was named in the provisional squad for Euro 2020 but had to pull out due to injury.

Southgate explained yesterday that he had an agreement with Greenwood and his family not to select the forward until next year – hence the omission. When he is ready to come into the fray, England will have yet another exciting attacker on their hands.

Read: Five surprising omissions from the England squad for the November 2021 international break.

Here’s a look at some stats that show how Mason Greenwood does compare to those other leading England forwards:

Greenwood has netted four goals in nine appearances for United in the Premier League this season. That puts him joint seventh in the scoring charts, alongside the likes of Cristiano Ronaldo and Roberto Firmino.

In terms of active England forwards, no one else has scored more Premier League goals this term. Jamie Vardy has seven, but he stepped away from international football in 2018.

The highest-scoring England call-up is Foden, who has netted three times. Rashford, meanwhile, has two goals since returning from injury last month.

In Serie A, Abraham has netted twice for Roma, providing two assists.

When it comes to shots per game (via WhoScored), Greenwood has recorded 3.2 shots.

That puts him sixth on the overall Premier League chart of players with an above-average number of appearances in the division. Again, no other active England forward has recorded more.

According to the Premier League website, Greenwood has registered 13 shots on target in the league this season with an accuracy of 45 per cent. That’s compared to Kane (10 shots on target, 53% accuracy), Foden (nine, 69% accuracy) and Grealish (seven, 44% accuracy).

As per WhoScored data, Greenwood has completed an average of 2.1 dribbles per match in this season’s Premier League. That ranks him 14th on the overall list, using the same criteria as above.

Grealish, meanwhile, has recorded 1.8 dribbles per game. The next highest England call-up in this area is Kane, who has one completed dribble per game.

When it comes to key passes, Greenwood has completed 1.3 per game on average. For current England forwards, only Bukayo Saka (1.7) and Grealish (2.9) have completed more.