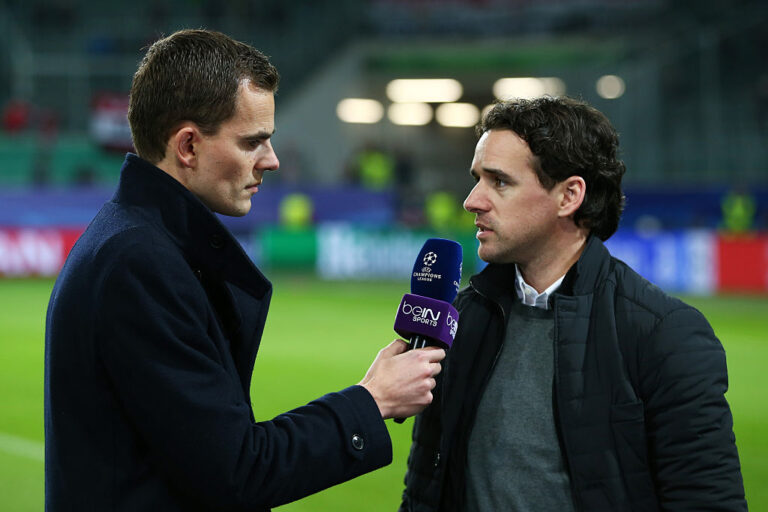 Owen Hargreaves doesn’t believe that Manchester United have been anywhere near good enough this season.

Ole Gunnar Solskjaer was relieved of his managerial position earlier this week. That was following a 4-1 defeat at the hands of Watford.

Ultimately, the Norwegian didn’t have the tactical prowess to take Manchester United back to their glory days. However, another issue that the club legend was suffering from was his lack of ability to get the absolute best out of his players this season.

During his stint as a pundit on BT Sport‘s Champions League Tonight, Hargreaves recounted a story from his first-ever United match.

He said: “I remember my first game for Manchester United. We played City away, and we were losing 1-0 somehow.”

“Anyway, it was half-time, and I was walking towards the tunnel, and Rio Ferdinand sprinted by me. He said, ‘Hurry up’, and I said, ‘What do you mean, hurry up?’

“It’s half-time, I’m getting a breather, and he went, ‘The gaffer’s going to go crazy, get in the dressing room quick’. He told me that he had ultimate respect for the gaffer, so he could go mad.”

“He had the dressing room under control because you knew he could get upset. When you see the Watford performance, you think, ‘How is that possible? We’d have never have played like that for Sir Alex’.”

What are United missing without Ferguson?

Sir Alex Ferguson’s famous ‘hair dryer’ treatment was a legend that United players feared seeing in the flesh. However, it was this assertiveness that motivated players, like Hargreaves, to perform to the highest possible standard.

During his tenure as Manchester United manager, the Scot cemented his legacy by winning 49 trophies over a 26 year period. Sir Alex solidified himself as the greatest manager of the modern era. Sadly for the Old Trafford faithful, the club have plunged into a downward spiral since his departure.

Fans of United enjoyed years of success under Sir Alex. The 79-year-old was knighted for his achievements. However, his successors have all struggled to even scratch the tip of the iceberg compared to what he achieved.

Where do United go from here?

The Red Devils need to find someone who can take control of the dressing room. According to the Manchester Evening News, United’s football director, John Murtough, is orchestrating the club’s hunt for a new boss.

Caretaker manager Michael Carrick will likely not receive a full-time contract from United, as the club is on the hunt for an interim manager. Rudi Garcia and Ernesto Valverde have spoken to the club about taking on the role.

Garcia is renowned for dealing with big egos, which could only be beneficial in the Old Trafford dressing room. If he could utilise Paul Pogba and Cristiano Ronaldo to their full potential whilst developing Marcus Rashford and Mason Greenwood, then Red Devils fans could have a lot to cheer about.

However, United are looking to secure a permanent manager in the summer. The club is searching for someone who can take command of the dressing room like Sir Alex. There’s only one name that comes to mind.

Read: Is Zidane coming to United?

Alex Ferguson’s biggest regret from his time at Man United

Alex Ferguson’s biggest regret from his time at Man United