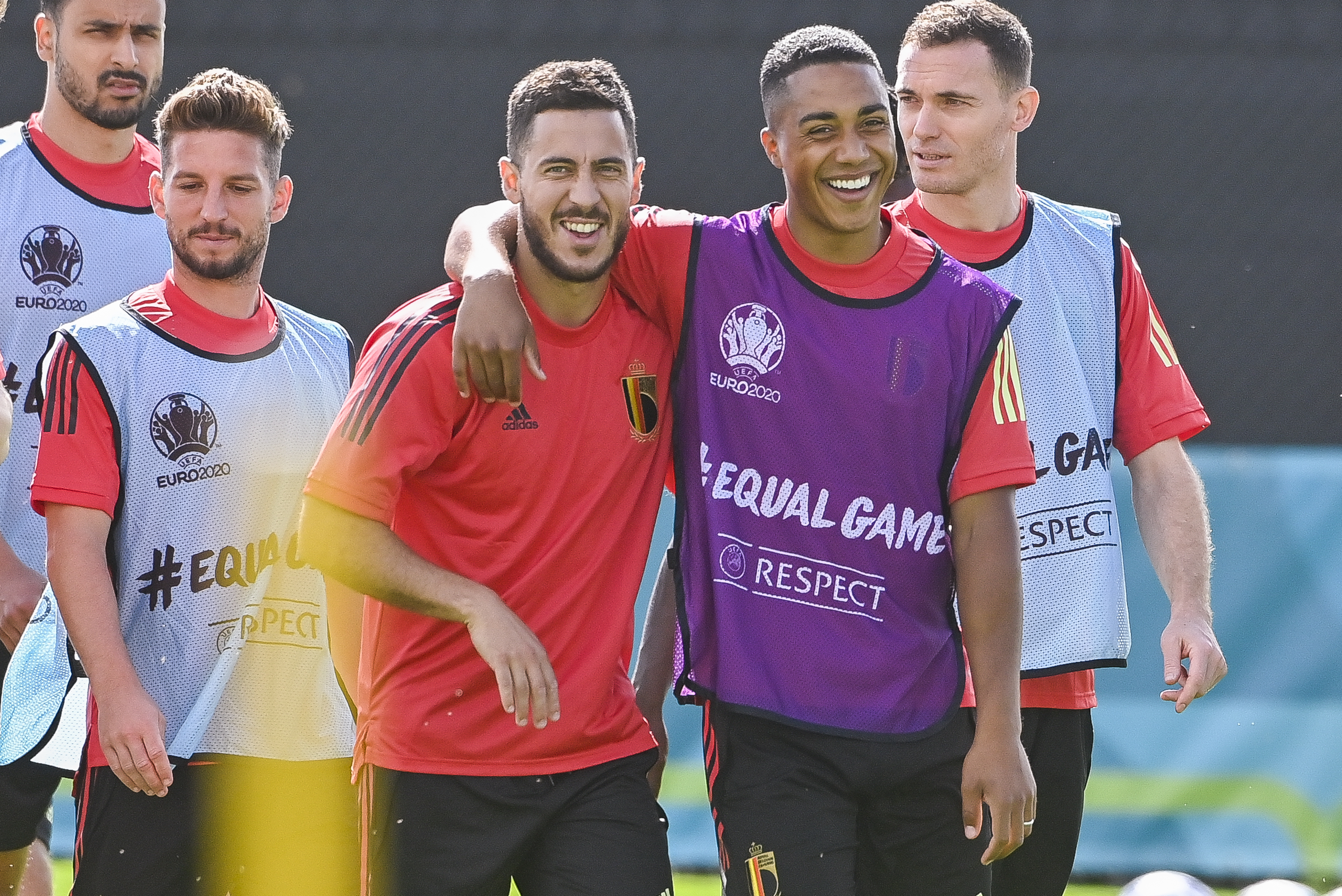 Youri Tielemans has hilariously trolled Eden Hazard during a discussion between the pair about goalscoring.

The exchange was part of a video produced by PricewaterhouseCoopers Belgium, in which Belgium team-mates participate in a Q&A session about each other.

The scene is set with both Hazard and Tielemans sat across a wooden table.

Also taking part in the video was Yannick Carrasco, Simon Mignolet and Thibaut Courtois, amongst others.

With Real Madrid winger Hazard having already revealed his favourite TV show to be American comedy-drama ‘Desperate Housewives’, he was then asked to imitate Tielemans’s expression when he scores.

Hazard replied: “He doesn’t score,” before both men burst into laughter.

Tielemans then hit back with a crushing one-liner: “I scored more than you this year.”

Of course, many will recall Tielemans’s famous FA Cup final-winning goal for Leicester back in May.

He scored six goals in the Premier League last season, including strikes against Arsenal and Everton.

The 24-year-old – who signed permanently for the Foxes in the summer of 2019 from Monaco after a loan spell – enjoyed the most successful goalscoring season (nine in all competitions) on an individual level since 2016/17.

In that campaign, he hit 13 league goals for Belgian side Anderlecht.

Hazard, meanwhile, scored four goals in a season that was largely disrupted by injuries last campaign.

Three of those strikes came in LaLiga action, whilst he also netted against Inter Milan in the Champions League.

Belgium are next in Euro 2020 action tonight. Roberto Martinez‘s side take on Italy in Munich, with a kick-off time of 8pm.