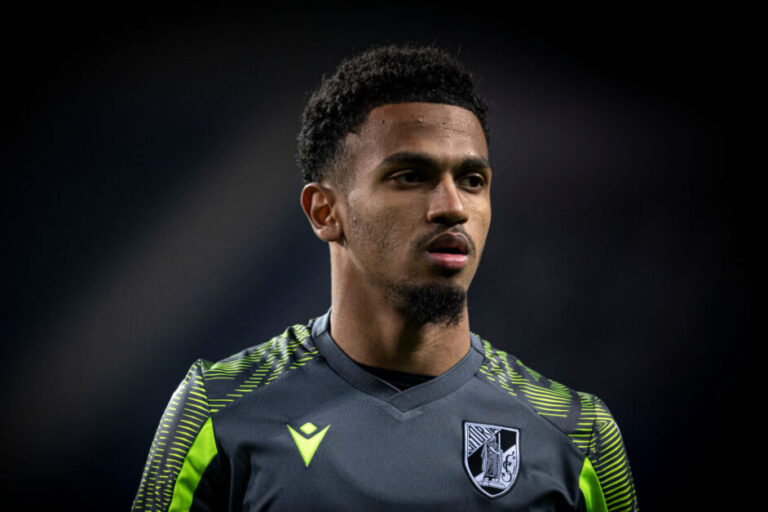 Tottenham Hotspur could reap the rewards of the transfer of former player Marcus Edwards to Sporting Lisbon in a big way.

Fans of the North London side were growing tired of their disappointing January transfer window. They were concerned about the lack of ambition at the club. There was some positive news on deadline day, however, with Spurs completing the signings of Dejan Kulusevski and Rodrigo Bentancur from Juventus.

But there were still plenty of disappointed supporters. One of the reasons behind these feelings was the club’s decision to sell talented youngster Dilan Markanday to Blackburn Rovers.

It was a move that brought back memories of the club’s decision to sell starlet Edwards to Portuguese side Vitoria de Guimares in 2019.

Who is Marcus Edwards?

Despite being rated as a potential future star of the club, things never really worked out for Marcus Edwards at Tottenham.

The forward joined Spurs aged eight. He impressed at all levels of their youth system and made a senior appearance in a League Cup match. At one stage, his talent looked so formidable that Mauricio Pochettino compared him to the great Lionel Messi in an interview with Sky Sports.

He said: “The qualities – it’s only his looks, his body and the way that he plays – remember a little bit from the beginning of Messi.”

But despite his future potential, in 2019, he was sold to Vitoria de Guimaraes.

The 23-year-old’s pace, footwork and overall footballing IQ have caused nightmares for his opponents. He has impressed fans all over Europe with his excellent performances in the Primeira Liga. His 17 goals in 77 appearances caught the eye of Sporting Lisbon. They have brought him to the José Alvalade Stadium.

Although plenty have criticised the London club’s decision to sell Edwards due to his sublime skillset, they did at least make one business-savvy move. And they look set to benefit from it now. There could be complications, however.

Tottenham set to cash in on Sporting Lisbon deal

Spurs seemingly had an intuition that Edwards would prove himself in Portugal. They implemented a monstrous 50 per cent sell-on clause when they let him go.

A tweet from Portuguese journalist Pedro Sepulveda claimed that Vitoria will receive €7.5 million for the transfer of Marcus Edwards to Sporting Lisbon. Spurs are, at least on paper, therefore entitled to the same amount.

But complications have arisen, which could put a spanner in the works. There have been claims that Vitoria only own 50 per cent of the player’s rights. That would affect the amount Tottenham could potentially receive.

Either way, the club seems set to net a handy profit on the player. In addition, the mood at the club is still positive. They managed to loan out several players who are not getting game time, such as Giovani Lo Celso and Bryan Gil. Furthermore, in selling Dele Alli to Everton, they could receive £40 million based on add-ons.

Although they didn’t make a significant signing in January, fans hope that they can invest that money into securing big names in the summer market.