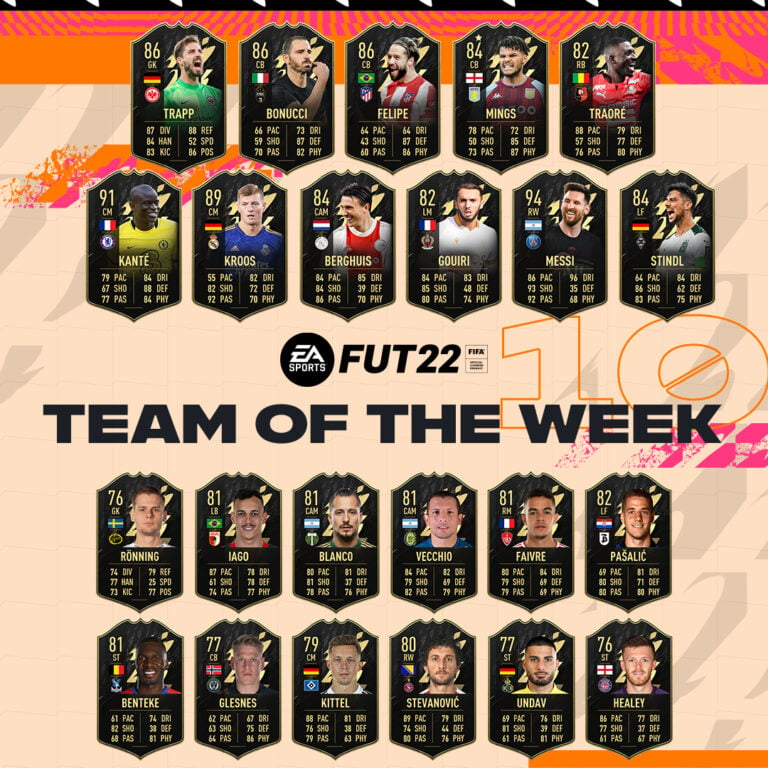 EA Sports have released Team of the Week 10 for FIFA 22 Ultimate Team – and it is packed with star names.

TOTW10 celebrates some of the top performances from across the world of football in the past week. With club football returning after the international break, there has been plenty of strong displays.

Leading the charge this week is Paris Saint-Germain‘s Lionel Messi, after the Argentinian maestro struck his first Ligue 1 goal against Nantes.

There’s also room for N’Golo Kante, after the Chelsea midfielder scored in his side’s 3-0 win over Leicester in the Premier League on Saturday.

Toni Kroos is the third highest-rated player involved, after he provided two assists during Real Madrid’s 4-1 victory over Granada.

Here is the team in full: