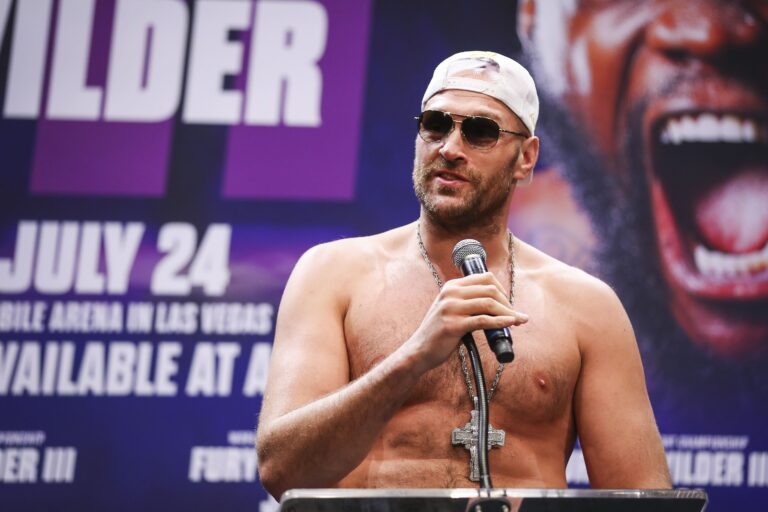 Tyson Fury continues to play mind games with Deontay Wilder as we get closer and closer to their trilogy showdown next weekend.

On October 9, Tyson Fury and Deontay Wilder look set to settle their differences once and for all when they step into the squared circle to fight one another for the third time. The first contest ended in a draw, the rematch was won decisively by Fury and now, “The Bronze Bomber” is hoping to put an end to Fury’s sensational comeback once and for all.

The ongoing trash talk between these two gentlemen has been well documented with Fury, more often than not, getting the better of Wilder. Obviously it doesn’t mean a whole lot when the pair of them get in the ring but there’s no denying the impact Fury has had with regards to raising the profile of this feud to entirely new heights.

With just over a week to go until fight night the tension is as high as it’s ever been with this three-year-long rivalry potentially culminating in Las Vegas.

The endgame is almost here

When asked to send a message to his foe Fury, Deontay Wilder was cool, calm and collected in issuing the following warning to “The Gypsy King”.

In constant, Fury went straight to the point and didn’t mince his words in any way, shape or form.

The collision goes down at T-Mobile Arena next Saturday and will be available live on BT Sport Box Office.