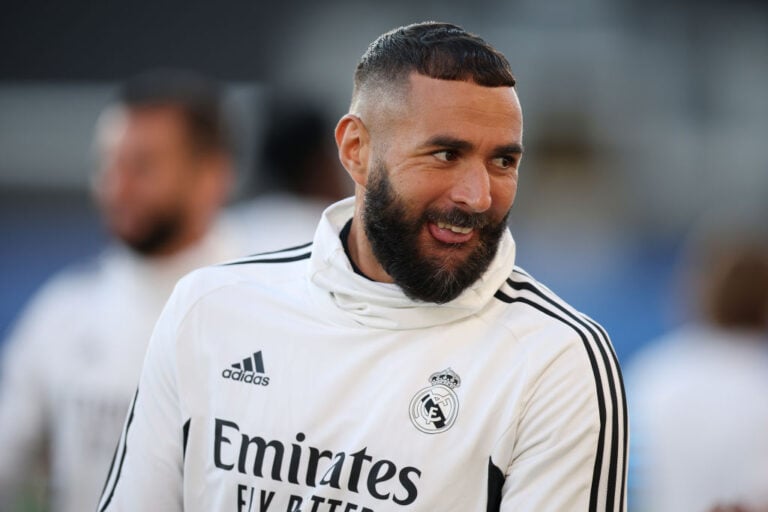 The UEFA Super Cup between Real Madrid and Eintracht Frankfurt is on tonight, and we’ve got everything you need, including the UK start time and channel.

The annual battle, which occurs at the beginning of the season, always provides entertainment. The two winners of Europe’s biggest tournaments go toe-to-toe, with the Champions League victor looking to comment their place as the best team in the continent, while the Europa League champions aim to upset the applecart.

On May 28, following the goalkeeping heroics of Thibaut Courtois and a Vinicius goal, Real Madrid triumphedin Europe once again. And, ten days earlier, Eintracht Frankfurt spoiled Rangers’ dreams with a dramatic penalty shootout victory. While the Spanish side won their domestic league, the Germans had to settle for 11th place in the Bundesliga.

Despite a relatively underwhelming position in the league, Frankfurt have utilised their Europa League success to make waves in the transfer window. They’ve particularly focused on their front line, signing Jens Petter Hauge from AC Milan, Lucas Alario from Bayer Leverkusen, and most notably Mario Gotze from PSV.

Therefore, the underdogs hope they can push the Spanish greats hard, and we’ve got all the information you need to enjoy the action.

With anticipation building, fans don’t have much longer to wait.

This eagerly awaited fixture kicks off at 8 PM UK time.

BT Sport currently have exclusive access to UEFA matches. Therefore this titanic battle will be broadcast on BT Sport 1 and Ultimate. In addition, subscribers can view the footballing encounter via the BT Sport app and the desktop website.

With a massive match comes a massive venue. With this in mind, UEFA has landed on the Olympic Stadium in Helsinki, Finland. The 36,251-strong capacity stadium famously hosted the 1952 Olympic games and is home to the Finish national team.

Although Frankfurt beat fellow La Liga giants Barcelona last season, we’re expecting a comfortable win for the La Liga champions tonight. Madrid have the big-game experience needed to control and clinch a contest like this. Back the Champions League holders.