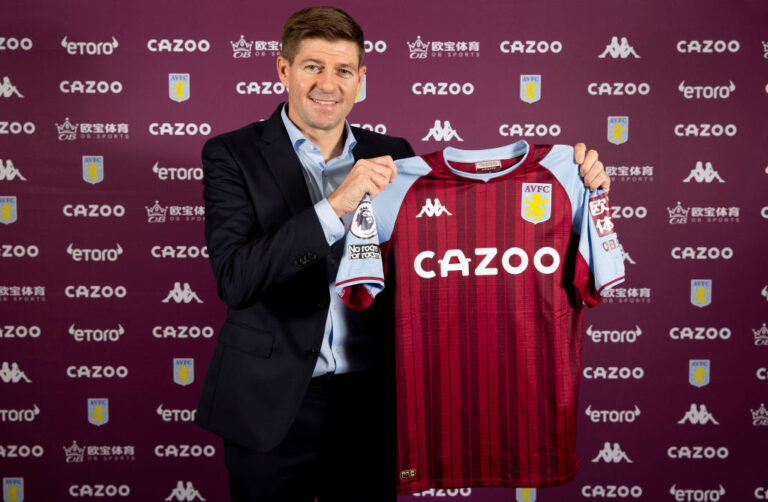 Steven Gerrard has officially taken over as the Aston Villa manager. The Liverpudlian replaces Dean Smith, who was sacked on 7 November.

The Anfield man is back in the Premier League for the first time as head coach. And if he can transfer his success from Scotland to the English top flight, then there could be good times ahead at Villa Park.

Gerrard had an incredibly successful stint at Rangers, whom he led to record-breaking success. In the 2020-21 season, the Glasgow club claimed the SPL title for the first time in 10 years without losing a single game in the process.

It begs the question: how did Gerrard achieve so much at the club?

In an interview with the High-Performance Podcast, the Scouser revealed his strategy from the first time he met the players.

Meeting the players for the first time

Gerrard had several weeks to prepare what he would say to the squad before he met them. The Scouser wanted the players to disassociate him from his fantastic playing career and focus on what he would bring as a manager.

Gerrard reminisced: “I remember addressing the squad for the first time, and the key thing was to let them know that I’m not standing here addressing you as Steven Gerrard, the player. I’m not going to think I’m this person because I’ve had a decent football career. This is me here to try and help and support you, to improve you as a group. I’ll use my experiences, knowledge, and team of people I’ve worked ever so hard to get around me. We as a group are going to help you.

Read: How Gini Wijnaldum and Liverpool are both feeling the effects of the summer split.

What culture did Gerrard encourage?

Gerrard wanted to implement a structure in which he would give the players his all. Yet, he expected them to do the same thing in return.

He stressed: “We wanted to create a no-excuse culture. We’ll make the training ground better. And we’ll make Ibrox better; we’ll get you better kit; we’ll get you better food, and we’ll take all the excuses away. But then you have to buy into having accountability. I’ll do everything that I can to protect you. I want you to play with freedom, express yourself and give me the best version of you. If we’ve got that collectively around the group or we’ve got the majority buying into that, there is no doubt that Rangers will improve.

How did he get into the heart of the player?

The Scouser worked hard on developing a deep bond with every member of his squad.

Gerrard said: “Developing a bond doesn’t happen on day one. I had to get used to the players and get to know them individually. You don’t really know what someone is like by seeing them on TV or playing against them previously; it takes time to build a relationship. You need to have one-on-one chats, let them know what type of person I am outside of Steven Gerrard, the player, let them meet the family man. I had to let them know that I’m not just there for me. Of course, I want to do well and be a successful Rangers manager, but it’s not just about me; it’s about us. What are we going to do to make this better and take the team forward.”