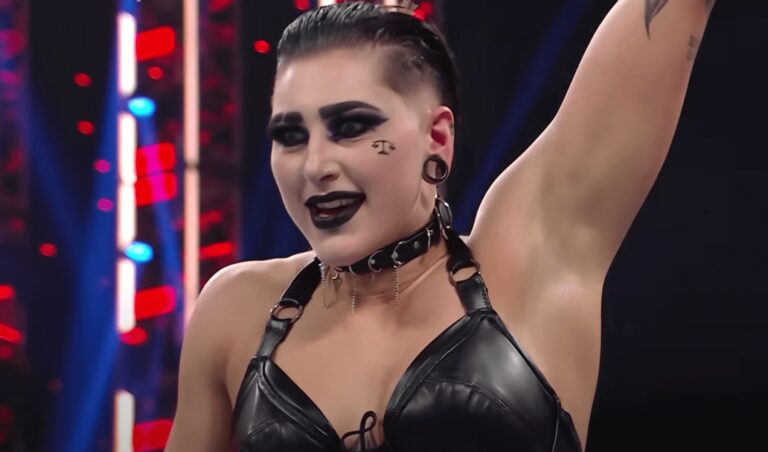 New reports have emerged about the timeline for the WWE return of Rhea Ripley following a recent brain injury.

Concern for Ripley grew on the most recent edition of Raw. She was scheduled to face Bianca Belair for the Raw Women’s Championship at Money in the Bank. However, Belair opened the show and announced that Ripley would not be cleared to compete.

A Fatal-5-Way match took place between Alexa Bliss, Liv Morgan, Becky Lynch, Asuka and the returning Carmella, with Carmella earning the right to take on Belair at MITB.

But fans had immediate concern for Ripley’s health. That was partially because she had appeared on the previous week’s Raw in a backstage segment.

What is Rhea Ripley’s injury?

Ripley was competing in a Fatal-4-Way match against Morgan, Bliss and Doudrop to determine the number one contender for Belair’s title. However, the Australian wrestler took a nasty landing after a spot in the match.

Ripley’s leg hit the bottom rope, before rebounding up and hitting her square in the face. The 25-year-old won the match, but it came at a cost.

She later took to Twitter, confirming that she needed braces on some of her front teeth after the incident.

Rhea Ripley told a fan on Instagram that she was suffering from a brain injury, resulting from the landing on WWE Raw. Unfortunately, however, her condition appears to be more serious than first thought. It is not fully clear whether this is a concussion or something more severe.

Fans hope, however, that she is back in action soon. And a new report suggests that may well be the case.

When will Rhea Ripley return to action?

Speaking on the Wrestling Observer Radio, Dave Meltzer provided an update on Ripley’s return timeline, and the circumstances behind the injury.

He explained (quotes via WrestlingNews): “Her teeth were knocked loose in a match, and she had braces put in. The braces were evident on her the last time she was on TV.

“The other thing must have been, when she says her brain, that usually means a concussion. As we’ve said before, the two things that WWE doesn’t like to talk about are COVID and concussions.

“I’ve known people in WWE who have both who have [said] outright, ‘We’re told not to say that’. She said it. She didn’t quite use the word concussion, but she had a brain injury, is what she said.

“I was told she’s not going to be on the pay-per-view, obviously. They made that very clear. But it’s not expected to be a long-term absence, either. She’s expected to be back fairly soon.”

Meltzer’s comments suggest that while Ripley will miss MITB, it will not be far beyond that before she is back in the ring.

SummerSlam is approaching on July 30. As one of WWE’s flagship premium live events, the company will perhaps be eyeing up that date as Ripley’s in-ring return. Therefore, we could potentially see the Australian taking on either Belair or Carmella for the Raw Women’s Title.