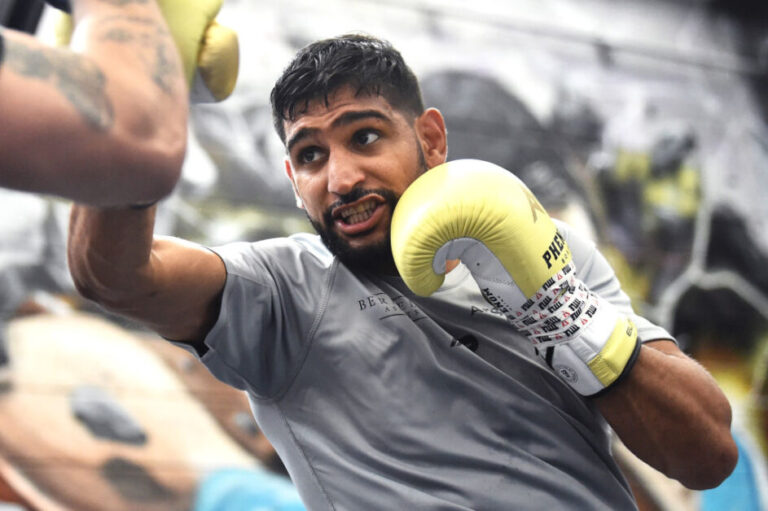 Amir Khan has secured the services of one of the best fighters on the planet to help him emerge victorious against Kell Brook on February 19.

The match-up between ‘King Khan and ‘The Special One’ is one of the biggest contests in recent British boxing history. It’s taken nearly a decade to get the fight over the line. But in less than a month, the long-running feud will finally reach boiling point in the ring.

There are so many factors that could play their part in this bout. Can Brook make the weight? Does either man have any punch resistance left?

Khan hasn’t fought since stopping an overmatched Billy Dib in the fourth round back in 2019. His contest before that came against one of the best athletes on the entire planet. After a six-round beating, Khan gave up after suffering a low blow. He discovered that his opponent was just as good as everybody said he was.

So to try and find a way to get the victory on the most important night of his life, he’s flown to the States to work with the man who beat him last.

Amir Khan has a secret ingredient to beat Kell Brook

The Bolton-born man has fought a plethora of the best boxers on Earth. But he claims that Terence Crawford is the best of the lot—even better than Canelo Alvarez.

Therefore, Khan felt that working with the Omaha man could give him the edge over his biggest rival. But the 35-year-old didn’t cross the pond purely to spar with the welterweight champion —he wanted to work with his trainer as well.

Who will be in King Khan’s corner on the night?

Khan believes that renowned coach, Brian McIntyre, is the man to guide him to victory at the Manchester Arena next month. In an interview with Fight Hype, he revealed the various reasons why the American is the man for the job.

He said: “What made me pick someone like Bo-Mac, was because of what happened when I fought Crawford. I was impressed by the way they were making me miss. They came up with a game plan from watching my amateur and professional career and noticed small things. They saw the mistakes I made and capitalised on them.

“Why is Crawford the best out there? Because of his team. If he didn’t have them, he wouldn’t be in this position.

“I picked them because they know me inside out. They can improve me. They know Kell Brook as well. The way they train in altitude shows me why Crawford is one of the best fighters in the world.

“Nobody has ever pushed me like this. I was worried about getting injuries because I’m getting older. But my body got through it, and I feel better than ever.”

Nobody doubts McIntyre’s skills as a coach, and the more information Khan can soak up from Crawford, the better. But that doesn’t necessarily mean he’ll win the fight.

Brook has substantially better timing, and he’ll aim to land one of his famous knockout blows directly on his rival’s jaw.

However, the Yorkshireman is slowing down, and in his last fight, he was wiped out by Khan’s new teammate in less than four rounds. Khan still carries remarkable hand speed, and if he can get his shots off, there’s no guarantee that Brook can take them.