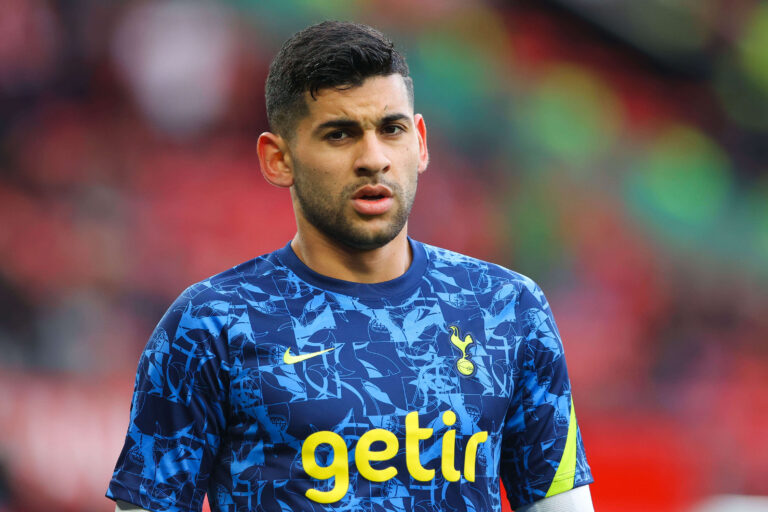 Tottenham defender Cristian Romero cannot have a simple international break at the moment.

Controversy follows Romero every time he leaves his club to play for Argentina. Spurs want to have him available following international breaks, as Romero is an essential part of Antonio Conte’s defence.

As a result of injury, Romero has only played 16 times in the Premier League this season. However, since his return, he has helped the North London club reignite their challenge for European football.

Back in September, Spurs reportedly fined Romero following the Argentine’s decision to travel for international duty against the club’s wishes. At the time, people returning from South America had to serve a 10-day Covid-19 quarantine. This would have ruled Romero out of some games.

As a result of Covid rules, the North London club asked Cristian Romero and Giovani Lo Celso to stay in the UK. However, the pair instead travelled to Argentina, going via Croatia to try and avoid quarantine.

The September trip quickly turned into a farce. Argentina’s game against Brazil was abandoned. Brazilian health officials learned that Romero and other Argentine players had broken Covid protocol rules, and stormed the pitch to deport them from the country.

Furthermore, Tottenham were left fuming as Romero had to miss a Premier League game because of the travel.

In November, Romero had more trouble while playing for his country. The defender injured his hamstring in a World Cup qualifier against Brazil. Romero missed 14 games due to this injury – something that no doubt annoyed Tottenham further.

Argentina named Romero in their squad for the latest round of South American World Cup qualifying. They did this even though he was serving a two-match suspension for the Brazil match fiasco in September. The Daily Mirror claim that Spurs were “frustrated” by the decision.

The Argentine FA had appealed the suspension of Romero and others; if successful, he could have played in their second game of the break against Ecuador.

Unfortunately, the appeal failed. That meant that Romero travelled to Argentina for nothing. During the international break, he could have stayed in North London and trained with the Spurs squad. However, he instead had a wasted trip. Romero should be back training with his club on Tuesday.

Argentina’s decision to select Romero despite the slim chance of him playing angered Spurs – and these newest developments will no doubt add another layer to that anger.

The relationship between the Argentina FA and Spurs has probably not improved following this latest drama.