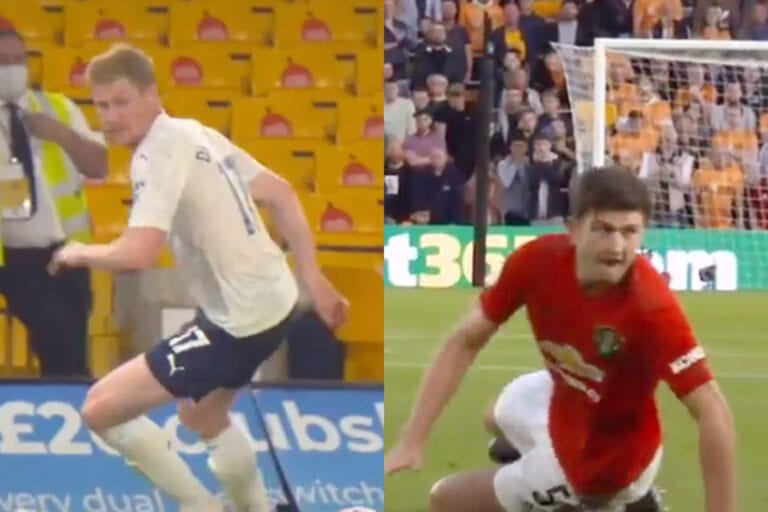 Ever since the announcement of the Super League on Sunday evening, more and more English clubs have steadily voiced their opposition to the proposals.

Thankfully, the idea appears to have quickly crumbled, with widespread backlash leading to all the English clubs who originally agreed to take part, withdrawing from the competition.

Preston North End – one of the 12 founder members of the Football League back in 1888 – were one of the first clubs to condemn the proposals, in an official statement made yesterday.

Nottingham Forest tweeted a clip of their former manager Brian Clough, with the caption ‘Football belongs to everybody’.

And Premier League sides Everton and Fulham both voiced their strong opposition to the Super League this morning.

Now, Wolves have trolled the ‘big six’ with an incredible TikTok post.

The video shows a mixture of opposition errors and Wolves skills in matches between the six Super League sides and Wolves themselves.

All that was accompanied by the backing track of Vanessa Carlton’s ‘A Thousand Miles’, with the line ‘I’ll miss you’ played throughout the clip.

They posted their own video on TikTok, which contained clips of the Whites scoring against the six Premier League clubs who are part of the proposals.

The club tweeted a longer video, which had received over 21,000 likes at the time of writing.

They changed their Twitter bio to ‘Premier League champions 2018/19’ – the significance being that Wolves finished seventh in that season, behind all six of the Super League clubs.

Tottenham and Manchester City both face off in the final of the competition on Sunday. Spurs defeated fellow Super League side Chelsea to get to Wembley.

Out of the non-Super League clubs, the Bees went the furthest, losing to City in the semi-finals.