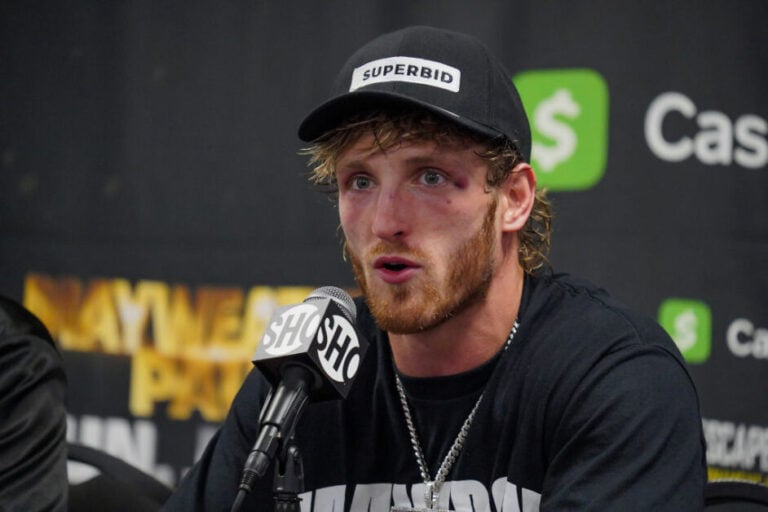 The WWE pulls out all the stops when it comes to their showpiece event – and Wrestlemania 38 won’t be any different.

Logan Paul will reportedly make an appearance, maintaining a tradition of bringing in celebrities from different factions of popular culture.

Paul joins a long list of famous figures who took part in the event. Prominent names include former US President Donald Trump, who shaved Vince McMahon’s head. Trump gained the opportunity after winning a proxy match in Wrestlemania 23.

NBA icon Shaquille O’Neal has also performed at the Show of Shows, competing at Wrestlemania 32. Joining him on the celebrity appearance list are boxing legends Floyd Mayweather and Mike Tyson, who entertained at Wrestlemania 24 and 14 respectively.

How Logan Paul may feature

The YouTuber and boxer will be brought in as part of a tag team at the big event. The Miz has a long-standing feud with Rey and Dominik Mysterio. Therefore, he is looking for support in a battle against them. Paul is reportedly the man for the job.

The Miz fuelled speculation of his tag team partner. He described the secret person as “a superlative athlete” and a “global superstar” (quotes Bleacher Report). Given that Miz has worked with celebrities in the past, a tag-team partnership with one of social media’s biggest stars is a match made in heaven for the federation.

This will be Logan Paul’s second Wrestlemania appearance. Previously, he featured in Sami Zayn’s match at Wrestlemania 37 to a chorus of boos from the crowd.

His dual status as a popular figure and public villain may be the perfect blend to craft his own career in wrestling. Logan Paul’s athleticism aids his WWE aspirations too. He has trained as a boxer for a few years now.

In addition, Paul’s enormous social media following – over 22 million on Instagram alone – suggest that he could be a massive draw while bringing in a new generation of WWE fans. His second successive Wrestlemania appearance certainly creates the possibility of a Logan Paul WWE career.